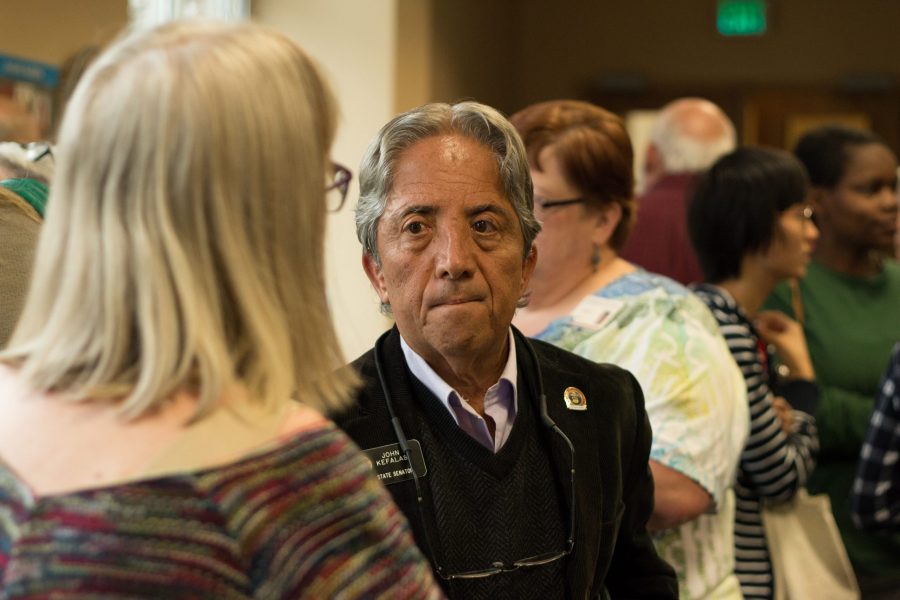 Senator John Kefalas and Representatives Joann Ginal and Jeni Arndt will be hosting their monthly town hall meeting at the Old Town Library on Saturday, April 7. The event will begin at 3:30 p.m. and is expected to end at 5 p.m.

The meeting will be used to discuss legislative happenings and priorities with those who attend. The focus will be on bill updates and highlights from the Colorado General Assembly, the state’s legislature.

A primary topic of the afternoon will be that of the “Long Bill.” This bill focuses on Colorado’s state budget and funding, according to the Colorado General Assembly website. As of March 26, the bill is included with a narrative meant to describe all budget changes, spending calculations and revenue limits.

There will be time in the meeting for the attendees to voice any questions or concerns to the legislators. These will be addressed after the previously mentioned discussions.

Senator Kefalas currently serves as a senator for Senate District 14, an area which includes Fort Collins. He also works as a member of the Health and Human Services, Local Government and Capital Development Committees. He is also a part-time faculty member in the School of Social Work for Colorado State University, where he teaches public policy graduate courses.

This event will be free and open to the public, though there is a place to RSVP on the John Kefalas website. The site also notes that the library will be ADA accessible.