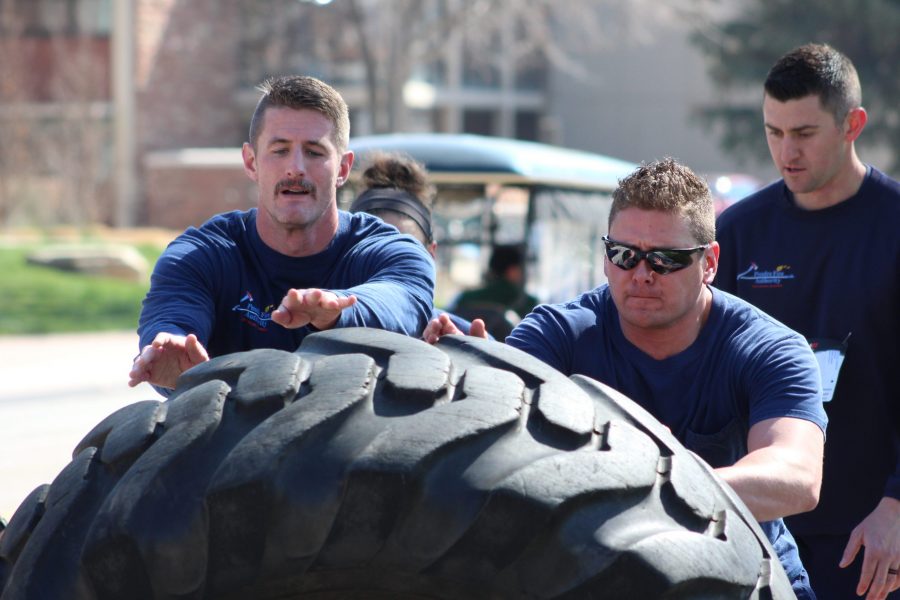 The Adult Learners and Veterans Services office set out once again to educate the Colorado State University and greater Fort Collins community about suicide and suicide prevention with their Operation Bear Hug event.

After the success of the inaugural Operation Bear Hug event in April 2017, the OBH team made some changes and updates to the event to further educate and draw in more teams.

“It’s about the message,” said Henry Seen, one of the creators of the event. “The message is about saving a life and how to do it.”

This year’s event consisted of many of the same principles as the inaugural year, but with some further updates.

Teams ran the three kilometer race, completing numerous physical and mental tasks along the way in order to learn more about suicide, suicide prevention and how to tell if someone is showing danger signs. These obstacles included a tire flip station, sandbag carrying, trivia and more.

Alexandria Knappe, the president of the OBH team, said the overall goal for the event was to save someone’s life, even though that could not necessarily be measured.

Knappe said some of the changes to the event include live band performances, as well as a resource fair.

“That resource fair includes job employment, housing employment as well as some mental health opportunities,” Knappe said. “That’s a really huge part in uniting not only the students but uniting the community.”

Oren Pierce, the president of the Student Veterans Organization and one of the creators of the event, said this year’s OBH will be the team’s completed whole idea, as well as bigger than last year.

Pierce said the OBH team is hoping to create a handbook for other universities to use and create their own OBH events. There were 27 people signed up for the event, ranging from student organization teams to community organization teams.

Kevin Thomas and his team the “Meat Sweats” were running the course for the department of Animal Sciences.

“We’re just trying to have fun, maybe compete,” Thomas said, adding that events like this are good for raising awareness.

Cameron Sato and his team from Les Schwab Tires said his team came out to support the community and support the cause. After finishing, Sato said he enjoyed every second of running the course.

“It does bring awareness to a lot of people,” Sato said. “It’s a great cause, and it’s a great event for teams.”

Sato added he hopes to see more teams come out for the next OBH event, as he will be running it again as well.

While teams ran the course, those not competing were treated with the resource fair, food trucks, face painting and bounce house for kids as well as live performances from The

This year, team ROTC 1 came in first place with a total course time of 39:48.

William Powell, Bryce Strohecker, Kyle Pieper and Justin Olson, the members of ROTC 1, said winning the event meant a lot, as eventually they will be part of the community that put the event together.

“W’re out here supporting our veterans and our fellow students in their fight against suicide,” Powell said. “I think that is pretty big.”

The second place team took home $150 and the next six teams each took home $100. This money was donated by the American Legion Riders in the form of a $7,000 donation.

Seen said the event this year was much bigger and much better funded than the previous year.

“I have a great staff and a team that has put this whole thing together,” Seen said. “I can’t give enough thanks to those guys.”

Knappe said seeing the teams coming out to compete is an honor to her.

“I feel honored and blessed that I could be part of such a great event,” Knappe said. “The message is so important and I’m so thankful that everyone supports us.”

Knappe said he hopes competitors not only had fun, but became more knowledgeable about how to support someone who is struggling.

“Hold on to hope,” Knappe said.