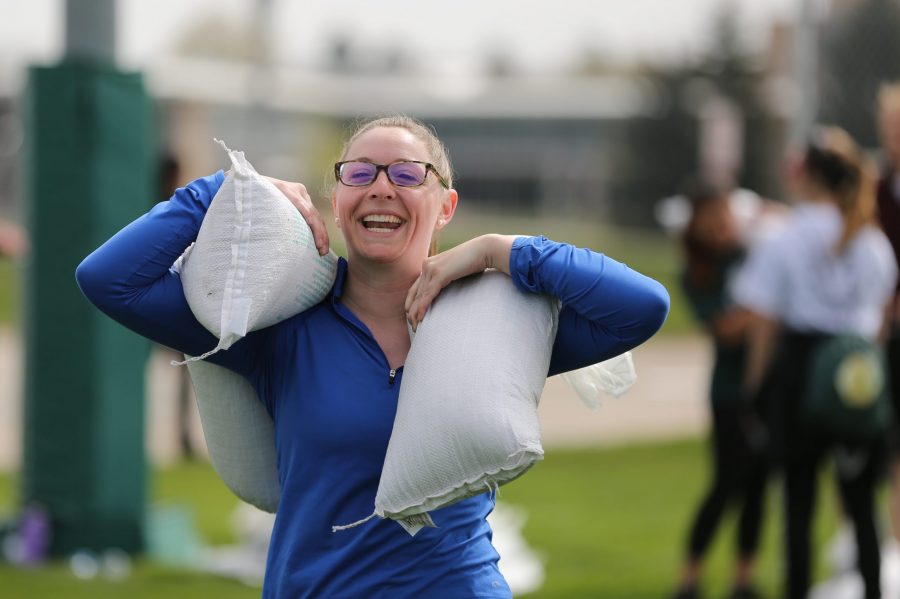 After the success of the first Operation Bear Hug in the spring of 2017, the Adult Learner and Veteran Services and Student Veteran Organizations will be holding the second edition of the event on April 22.

Operation Bear Hug, created by SVO at Colorado State University, is a multi-staged obstacle course and run meant to inform the CSU community and beyond about suicide and suicide prevention.

Teams who participate will work together to run a course around the CSU campus, completing several different obstacles that will educate about the difficulties of living with suicidal thoughts, as well as suicide prevention.

Last year was the first time that SVO has run Operation Bear Hug, and Oren Pierce, the president of SVO and one of the co-creators of the event, said they learned a lot from last year’s event and have figured out what to change.

“The first go through was more successful than we had anticipated it to be,” Pierce said, adding they expected only a couple of teams in attendance, and ended up with 17 total teams running and over 200 people stopping by the course and booths during and after the race.

Pierce explained a few of the differences that competitors will see in the event this year. This includes changing the start line closer to the hub of the event, a different timing system, a resources fair with information on suicide and suicide prevention, a change in some of the obstacles and the possibility for food trucks.

Pierce and the Operation Bear Hug team are hoping to see 50 teams out on the course this year.

“We’re trying to get the event perfect so that we can have a handbook so we can start reaching out to other universities and teach them how to do it so they can have it at their own universities,” Pierce said.

The Operation Bear Hug team will be holding an information blast on the CSU plaza on April 5, where those interested can gather information on the event, learn about some of the obstacles as well as register a team.

“What we really want to do is, if we ask a random person on campus ‘What is Operation Bear Hug?” they’ll say ‘Yeah, I know what that is,'” Pierce said. “We want to make sure everybody knows about it.

Anyone who is interested in registering a team for the event can stop by the information blast on April 5 on the CSU plaza, the ALVS office front desk or the Operation Bear Hug Facebook.