Run as One Fort Collins aims to spread awareness for veterans 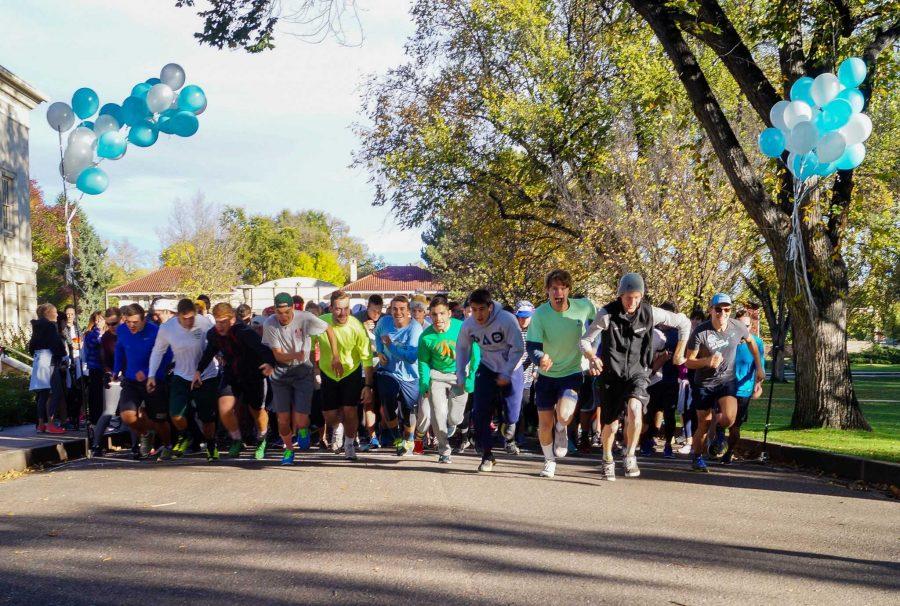 The starting line of Jog for Jack, a fundraising run organized by the Phi Delta Theta Fraternity in order to help one of their members to cover medical expenses after a life-threatening car accident last summer.

According to the Research and Development Center for Military Health, approximately 300,000 Iraq and Afghanistan veterans suffer from Post Traumatic Stress Disorder or severe depression.

Team Rubicon works toward giving veterans resources and opportunities to cope and support them during their transition period, with events such as the annual Run as One race that began in 2012.

Run as One will be hosting their seventh annual Run As One event April 7 to raise awareness for the struggles veterans experience after returning from service. The event will begin at 10:15 a.m. and the race will commence at 11 a.m.

Run as One events will take place in 172 cities across the nation. This will be the second year the event has been hosted in Fort Collins.

This event was established in honor of Clay Hunt, a Marine veteran that took his life due to his constant struggle with post-traumatic stress disorder, according to the Run as One website.

In a statement to The Collegian, Nicholas Dunagan, a Colorado State University sophomore studying sports medicine and the communications coordinator for Run as One in Colorado, said that the event was established to forge a stronger community—both with veterans and civilians.

Dunagan wrote that the event is a non-competitive 5k race that will invite all age groups and ability levels to participate.

“Come crawl, walk, or run,” Dunagan said. “This is for everybody.”

“Come crawl, walk, or run. This is for everybody.” Nicholas Dunagan, Run as One communications coordinator

The event is intended to raise awareness to the transition period veterans face upon completing their service. Dunagan said that there will be information about different resources available to veterans at the event.

“This event is really meant to bring awareness to the community,” Dunagan said. “There will be other veteran organizations …nhelping and attending.”

Dunagan said he expects to see between 60 and 150 participants at this years run. He said that registration is free and with a cash donation of $20 comes a free t-shirt.

“I want to see the community come together with a purpose,” Dunagan said.

According to Dunagan his main hope is that attendees leave having a better understanding of the community.

“So run. Run fast. Run slow. Run as a team.” Dunagan said. “Appreciate and live the greater meaning of today. We know shared purpose and hard work towards a common goal builds the strongest communities, so run together, run as one.”

Collegian reporter Audrey Weiss can be reached at news@collegian.com or on Twitter @Audkward.