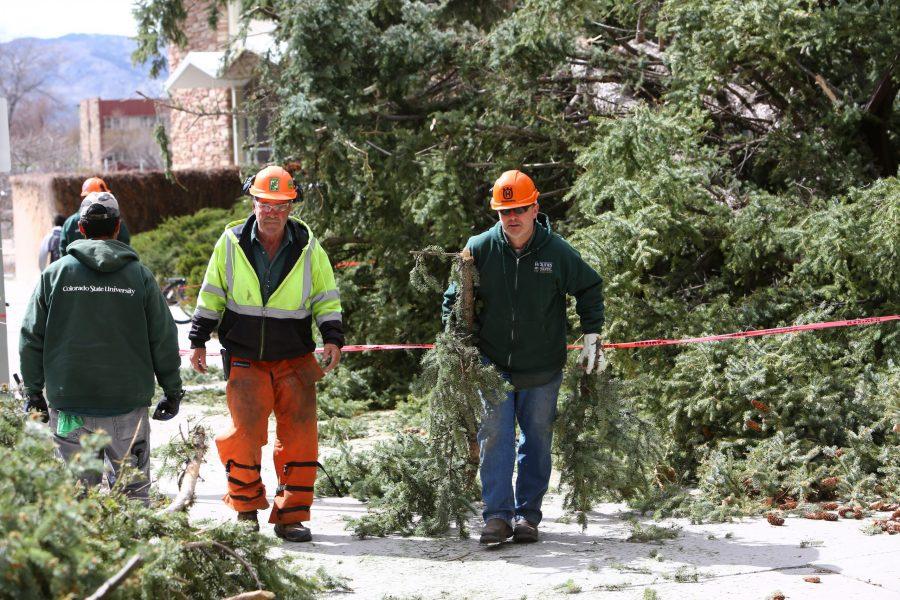 Atree between the Morgan Library and the Willard O. Eddy Building broke halfway down the middle, hitting a student at around 3 p.m. Tuesday.

The Colorado State University Police Department was later contacted by the student who was hit, but denied an ambulance, telling them she would walk to the CSU Health Network later that day.

According to CSUPD, when they arrived on scene there were no witnesses or victims.

Facilities Management did not report any other fallen trees, but stated that accidents like this one occur every so often.

“This is normal, and we are used to it, especially in the spring,” a CSU Tree Management worker said.

According to sciencemag.org, all trees, whether big, small, tall or short, break at 94 mph. However, the fact that it snapped from the top rather than uprooting was unusual. This was due to high winds.

Last year, during a spring snow storm, CSU closed due to the heavy snow that was breaking tree branches making it unsafe for students, but entire trees snapping is rare.

“Colorado weather is unpredictable and there are weather advisories related to various conditions throughout the year, which generally do not prompt the university to issue an additional warning communication,” Dell Rae Ciaravola, CSU Public Relations senior communications coordinator, wrote.