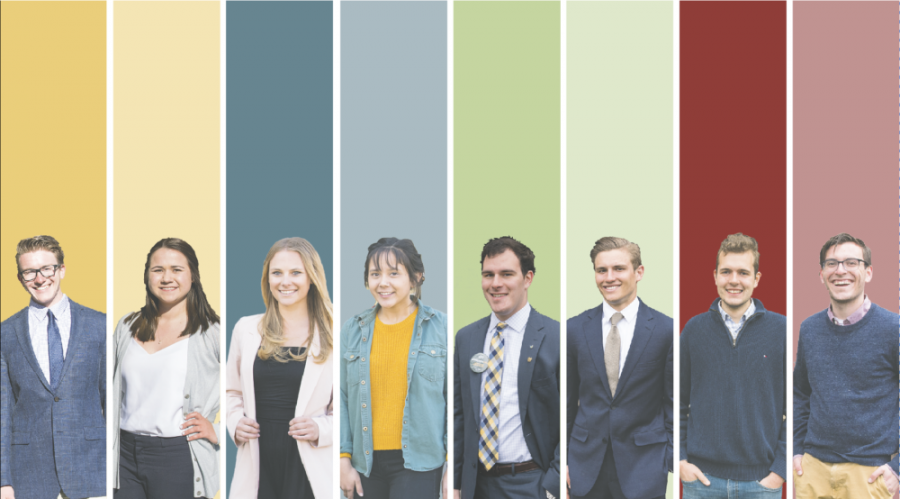 Both so-called buzzwords such as objectivity and transparency, as well as concrete issues such as student fees and parking, dominated the Associated Students of Colorado State University debate the Lory Student Center Theatre on Wednesday night.

Merall Sheriff and Ben Amundson, the candidates for speaker of the senate, discussed objectivity and the image of the Senate, especially in regards to issues such as the bias-motivated incidents on campus.

In addressing these issues, Sheriff said she wants to facilitate a bipartisan environment in Senate that involves leaving personal politics at the door.

“I don’t think that it is appropriate for senators to bring their personal agendas because the job of senators is to be able to advocate for their entire constituency,” Sheriff said. “If I came in there and I used my time to push my own personal views, or in my potential role as Speaker allowed others to push their personal views, I don’t think that we would be facilitating a bipartisan environment that focuses on students.”

Amundson argued later that, in addressing issues like the bias-motivated incidents, people must be willing to engage in uncomfortable conversations, and that students have a right to discuss their political beliefs on campus.

“I think the only way that we change people we disagree with is to have uncomfortable conversations with them,” Amundson said.

In the presidential debates, candidates discussed the issue of transparency in ASCSU, with some such as Liam Aubrey and Lynsie Roper questioning what the oft-used campaign word really means.

“We can talk about this until we’re blue in the face, and we have … But at the end of the day, what are we being transparent about?” Aubrey said. “We need to make sure that every dollar that is spent in ASCSU is spent more effectively for the students. We need to make sure that all the time we spend is spent more effectively for the students, because right now if we were to be transparent, it would be pretty uninteresting to the students or they’d just be mad at all the money they put into ASCSU isn’t being spent on them nearly as much as it should be.”

Jacob Epperson and Carter Hill said they believe the key to transparency is having something simple enough to relate to the students, and believe improving ASCSU’s website is essential.

Tristan Syron and Kevin Sullivan countered that the issue of transparency is often overcomplicated, but there is still more ASCSU could be doing, but updating the website alone is not the sole solution.

“You could make the most interactive website in the world … and people still wouldn’t go to it,” Syron said. “You have to start doing things to incentivize people to go to that. You need to put more things on the table.”

Allec Brust and Mareena Winchell discussed their belief in outreach and communication in addressing transparency among all students, including those ASCSU does not typically recognize.

In the second half of the debate, candidates discussed platform issues such as student fees, parking and affordability of student living.

Epperson and Hill addressed their campaign platform of offsetting student fee increases while also funding academic resources such as the Institute for Learning and Teaching (TILT).

“We recognize that need, and we recognize that there are programs already on this campus looking to deal with that issue,” Aubrey said. “What better way could we spend student fees, to let the students know that they won’t go hungry?”

Syron and Sullivan explained their platform for improving parking by implementing 2-hour parking available campus, especially in high-traffic areas such as the Library and LSC lots.

“As (Epperson and Hill say), parking should be a service. Stop this for-profit nonsense,” Syron said. “We need to make it so that you can eat, you can park and you can get to school.”

In response to their campaign being the only one without a platform addressing food insecurity, Brust and Winchell said it is important to recognize that, while there are students with food insecurity on this campus, there are also issues such as bias-motivated incidents that may have more proximity to campus-life.

“Yes, I believe food insecurity is a problem, but I believe on-campus proximity-wise, there are numerous other things that we can be tackling, like the bias-motivated incidents,” Winchell said. “Being a (resident assistant), that was horrendous to witness my residents not feeling welcomed or loved on this campus.”