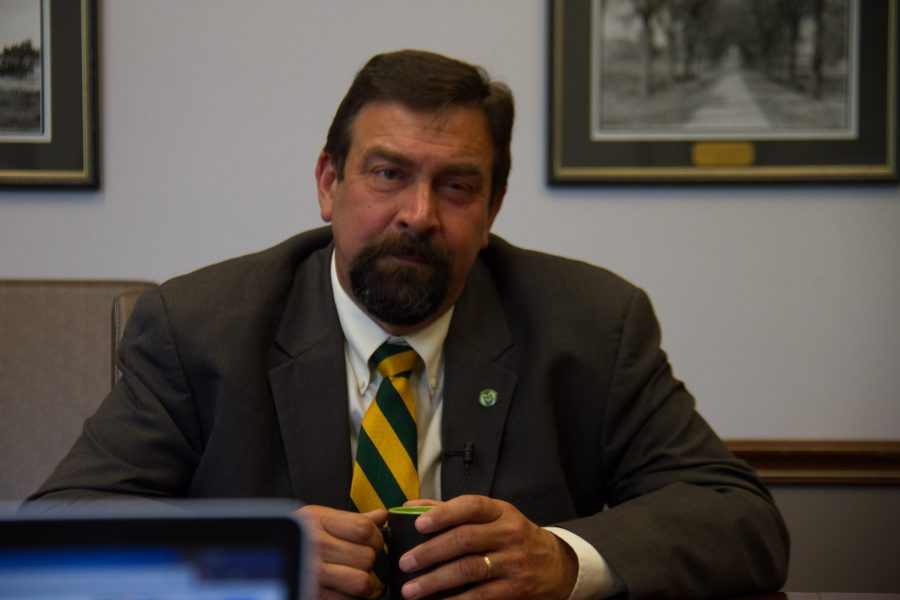 Colorado State University President Tony Frank sent out his yearly spring break email, but with a different twist from the usual fare.

Frank addressed the various bias-motivated incidents that occurred on campus this year, such as the recent incident involving flyers associated with the Traditionalist Workers Party, a white nationalist group related to other neo-Nazi and white supremacy groups according to the Southern Poverty Law Center, which were found near the Lory Student Center Sunday evening.

Frank explained CSU is going to be transparent about issues such as these and share information on “incidents of hate” through the Public Safety website and email system.

“This is not a common practice at most institutions and certainly not without risks of its own, such as making it appear these incidents happen only at CSU when, in reality, they are occurring with frequency at college campuses across the nation,” Frank wrote, explaining the Anti-Defamation league reported a significant increase in white supremacist postings at college campuses between fall of 2016 and fall of 2017.

Frank also addressed a number of incidents that occurred throughout the academic year: the noose hung in Newsom hall, Swastikas that appeared on a Jewish student’s whiteboard and the appearance of racist and sexist graffiti drawn in locations around campus.

“Again, while none of this is unique to CSU, it is happening here, and silence will not wish it away,” Frank wrote. “We need to stand up to it.”

Frank explained why the alert system around these sorts of hate incidents was created.

“It is important for all of us to understand that these assaults on members of our community are happening that we have an opportunity as a university to condemn these acts as they occur,” Frank wrote, adding that those who are targeted in these incidents do not stand alone and have resources for help.

To show support for students affected by bias-motivated incidents on campus, Frank mentioned an upcoming event called CSUnite: No Place for Hate, which will consist of a solidarity walk and community gathering March 29 at 3 p.m. Attendees will meet at Newton’s Corner, the sculpture outside of Yates and the Behavioral Sciences Building, and then walk to the LSC Plaza.

“Through CSUnite, we are acknowledging that while we cannot prevent such acts, we can be united and we can refuse to be silent in response,” Frank wrote. “We all have a role, an opportunity, and responsibility to confront acts of hate and discriminatory bias when they occur.”

Frank wrote that he hopes the community will join him for CSUnite, and those looking for more information can visit CSU’s First Amendment website.