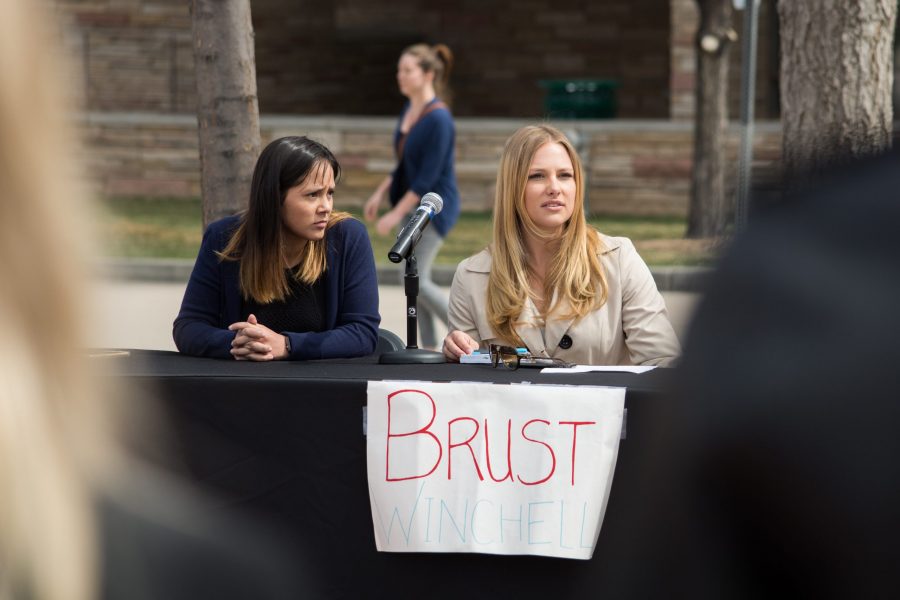 As the race towards next year’s presidency continues, the first campaign violations came down the pipelines for those vying for the role of president and vice president for the Associated Students of Colorado State University.

Allec Brust and Mareena Winchell received their first violation the week of March 19, following the publication of Brust’s last opinion column for The Collegian.

Elections Manager Tyler Siri explained the violation regarding the article stemmed from the fact that the article ran before the official time of campaigning. There was some debate over whether or not the article initially counted as campaigning.

“The Elections Committee, through discussion, came to the conclusion that the content of the article constituted campaigning, which is not allowed before the official start time,” Siri wrote in an email to The Collegian.

Brust explained in an email to The Collegian the paper was distributed on campus prior to 8 a.m. According to the ASCSU Elections Code, campaigns cannot begin prior to 8 a.m., and a member of an opposing campaign filed a complaint. Brust-Winchell was found guilty by a vote of 8-3 and fined $50.

“We did not believe we were guilty because the column ran directly adjacent to a news story with quotes from every other campaign,” Brust wrote. “Also, I had already ended my time as a Collegian editor, so when The Collegian publishes stories, (it) was no longer in my control.”
Both the Aubrey-Roper and Syron-Sullivan campaigns were assessed for breaching code additionally, Brust wrote, as complaints were filed on the grounds that the other two campaigns also began campaigning before start time. Both campaigns converted their personal Instagrams to campaign accounts, amassing more followers prior to the designated start time, Brust wrote. Both teams were voted not guilty by an 11-0 vote.
“We do not agree with either decision,” Brust wrote. “I believe that both the campaigns in question did violate Elections Code and that our own campaign did not violate the rules due to my absence from The Collegian and also the fact that every campaign detailed their platforms in the page directly next to my column.”
Collegian News Editor Rachel Telljohn can be reached at news@collegian.com or on Twitter @racheltelljohn.
Delete Image
Align Left
Align Center
Align Right
Align Left
Align Center
Delete Heading