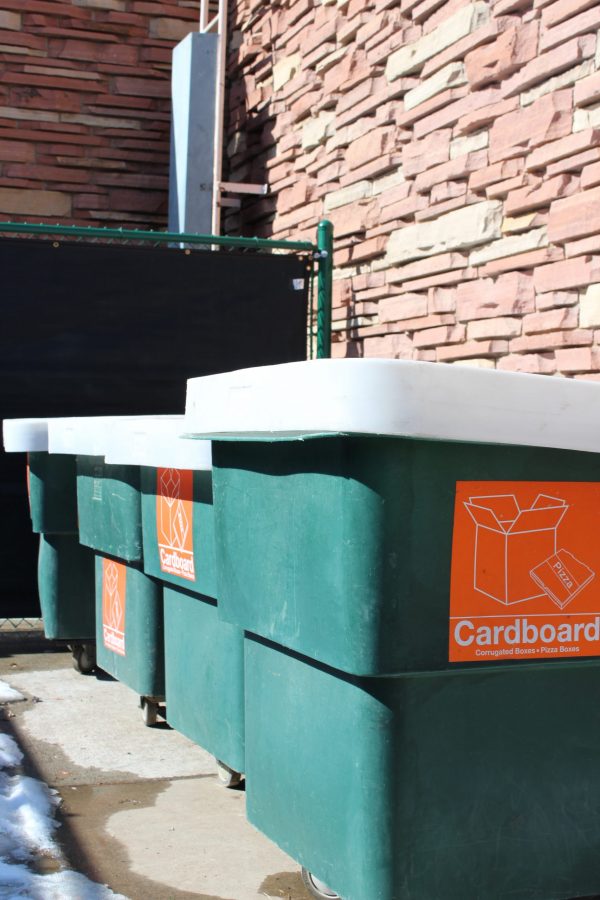 RecycleMania— a nationwide inter-university competition— started Feb. 3 at Colorado State University and will run until March 30. Meant to inspire and mobilize colleges to improve efforts to reduce waste, the competition promotes the use of recycling on campus.

In the eight weeks of RecycleMania, campuses across the country compete to see who can collect the largest amount of recyclables and the least amount of trash, or have the highest recycling rate overall. Participating schools report their measurements on a weekly basis in order to improve their ranking.

According to Sheela Backen, manager of the integrated solid waste program, this competition began in 2004 and became a CSU tradition. Since then, the University consistently placed in the top five percent of the nation-wide Grand Champion category.

This year, every state— with the exception of North Dakota, Idaho and Hawaii— have schools registered.

In Colorado, five universities and colleges are participating, including CSU.

Recognition is gained through trophies, awards and participation certificates.

The competition does not only exist between colleges and universities, however. Students can also compete against each other as the residence halls and apartments individually battle to have the highest recycling rate.

The easiest way to improve a building’s score is to focus on recycling.

“Students, faculty and staff can participate by recycling as much as they can,” Backen said. “Clean out your old files, recycle the bottles, cans, phone books, magazines, newspapers and junk mail in the nearest recycle bin.”

Students, faculty and staff can participate by recycling as much as they can. Clean out your old files, recycle the bottles, cans, phone books, magazines, newspapers and junk mail in the nearest recycle bin.”

In this version of the competition, students can find results on digital signs around campus.

Aside from the physical recycling between campuses and buildings, another way to win a prize is through the recycling game found on the Housing and Dining website. In the page about RecycleMania, students can click a link leading them to a recycling quiz. After entering their eID, competitors answer how best to dispose of items— the options being trash, recycling, compost, or techno-trash— by dragging various items into the matching bin onscreen.

For the national competition, results can be found both on the RecycleMania website and, according to Backen, the Facilities Management web page.

According to the RecycleMania website, CSU sits at 19th place in the competition division results.

With approximately five more weeks to go, CSU expects to see more involvement and participation, according to Backen. Students have time to move CSU further up in the rankings and bring more awareness to the topic of recycling and waste minimization in the process.

Collegian reporter Charlotte Lang can be reached at news@collegian.com or on Twitter @ChartrickWrites.