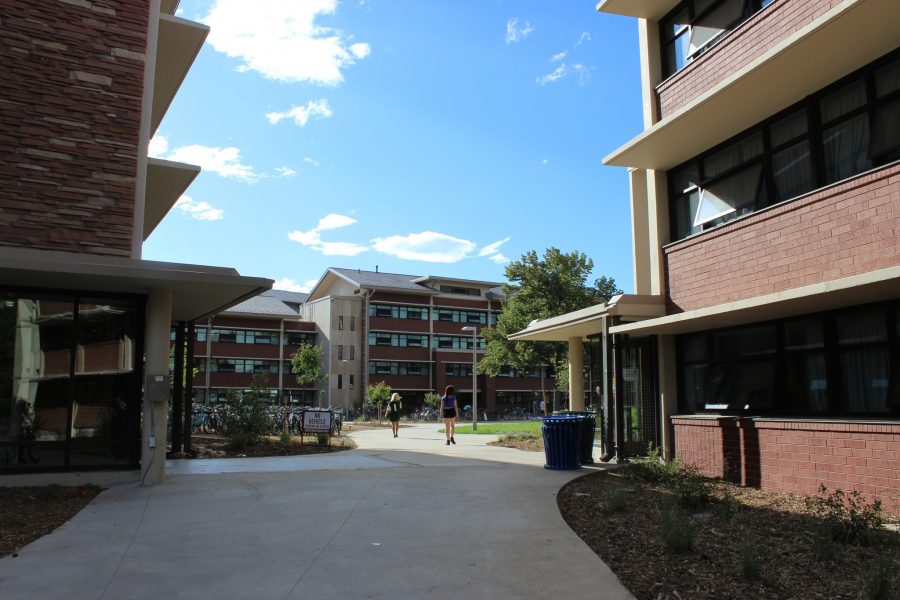 At CSU, 48 precent of conduct cases are related to residence halls, and take an average of 22 calendar days to be resolved according to Melissa Emerson, the director of the CSU Student Resolution Center. However, some freshmen residents are confused about the disciplinary policy and how long it may take for each case, including how long it will take to receive the first message of notification.

Brynn Crosby, a freshman ecosystem science and sustainability major living in Parmelee Hall, got in trouble with a group of friends one night while in the dorms. While Crosby was not a part of the events that occurred, merely present, she was counted with the rest of her friends and was told she would receive an email about what would happen next.

However, Crosby explained that she did not receive that email until about two weeks later. After her meeting with the residence hall director, Crosby received another email explaining what would happen going forward.

Some students, after the hearing, are required to attend an alcohol awareness class. While Crosby did not have to attend the class, a number of her friends did. Crosby knew that she could get in trouble but was unsure what that trouble would be.

“I didn’t know what to expect after they said I would get an email. That is all we really knew, and we didn’t know how it would go after that,” Crosby said. “You know what you can and cannot do, but not necessarily what the consequences of what you do (are).”

Emerson explained that students who are unsure of how long it will take them to receive the initial email will be notified if Student Conduct Services is waiting on a police report or anything else that would hold a case date being scheduled.

The CSU residence hall policies and procedures are laid out on the Housing and Dining Services website and explain how freshmen are supposed to live in the residence halls.

“If we know we’re going to be waiting on a police report, we (send) notifications saying, ‘We have been made aware that an alleged incident occured, we need time to gather more information’ so we are putting that student on notice that we are aware, but we don’t have time yet for a hearing,” Emerson said in an interview with the Collegian. “That’s another step to notifying a student.”

According to the website, possession of alcohol and drugs, one of the policies that is broken in a majority of disciplinary issues, is not permitted in any of the residence halls  regardless of a student’s age.

Emerson explained the process by which disciplinary action is taken after a student is in violation of the Student Conduct Code or the residence hall policies and procedures sheet.

The conduct process starts with an incident report, and possibly a police report based on the incident, entered into a database by the resident assistant involved. The reports are eventually reviewed to see if a disciplinary process is necessary.

According to Laura Giles, the director of Residence Life, residence life does not have its own disciplinary process, but rather works under the umbrella of the Student Resolution Center.

Ellie Ewer, a sophomore clinical psychology and human development and family studies major and RA in Parmalee Hall, said the disciplinary process has set protocols and is explained thoroughly to RAs in training.

“It feel likes a well oiled machine,” Ewer said. “There’s a very set protocol, we are always knocking on doors and asking permission to come in and having a really open dialogue.”

After the report has been entered, Student Conduct Services will review the report.

“If after review, it appears the student may have violated the University behavioral expectations outlined in the Student Conduct Code, Student Conduct Services will send a letter to the student requesting a hearing (which is a one-on-one administrative meeting) to discuss the alleged violations,” Emerson wrote in an email to the Collegian. “The hearing is a time to get to know the student, talk about the incident and hear the student’s perspective.”

These hearings then decide if disciplinary action must be taken.

“The hearing officer will decide the outcome of each charge based on the preponderance of evidence standard—whether it is more likely than not that the student violated the Student Conduct Code,” Emerson wrote.

In the fiscal year of 2017 from July 1-Jan.23, Student Conduct Services at the Student Resolution Center received 2,029 cases, 990 of which were related to residence halls, according to Emerson.

Crosby suggested the best way to solve the problem of students being unsure of what will happen is by better explaining what will happen when they get in trouble, including the fact that a class may have to be taken and it does cost money.

“Kids don’t realize that’s a consequence, and I don’t know if it would change anything but I think money is definitely a good incentive for not doing things,” Crosby said.

Ewer explained that the best advice she has for residents who may be part of the disciplinary process is to cooperate.