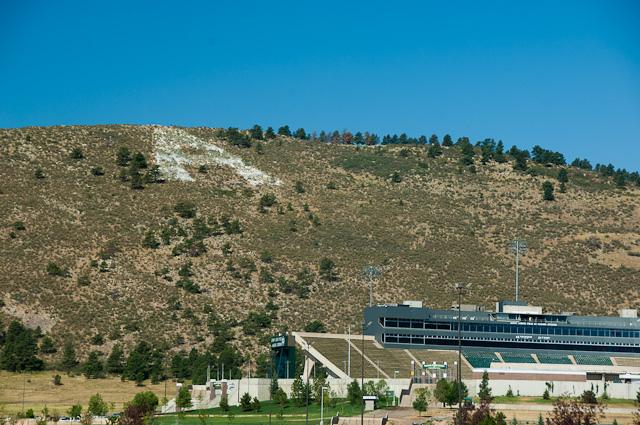 PUEBLO – Hughes Stadium and its surrounding 162 acres of property can be annexed to the City of Fort Collins, the Colorado State University Board of Governors decided Thursday afternoon.

The board voted to authorize the submission of a petition for the annexation of the property—a move that represents the first step in the process of redevelopment for the area.

The annexation decision supports the intent of the University to dispose of the property for its eventual development, according to board documents.

The annexation, if acted upon by the city, will bring the property within city limits—it wasn’t previously because CSU had owned the land since 1967. In the fall, the board voted to demolish Hughes Stadium, estimated as a $4 million-$6 million project.

Demolition is slated to start in March, said Amy Parsons, executive vice chancellor for the CSU System. The process will take between six and eight months.

The property’s future is uncertain beyond demolition and a plan to sell. CSU held community meetings over the past year to gather input on development, with many residents advocating it be developed for housing and others advocating for an open space designation, but no final decisions have been made. Estimates of the property’s value vary, but last May, President Tony Frank told the board they estimate it to be worth around $10 million, including the cost of demolition.