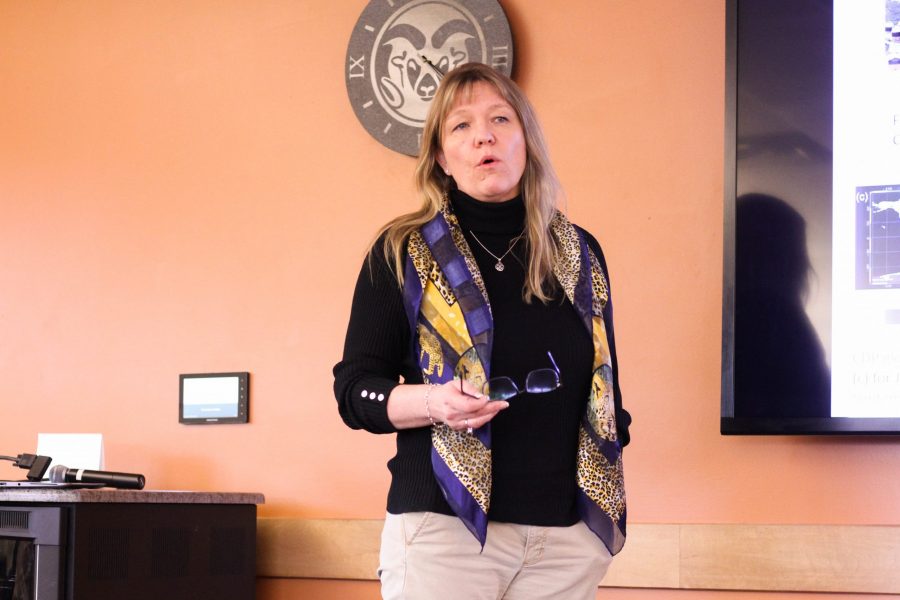 A panel held by the Africa Center at Colorado State University Tuesday evening brought together three panelists who talked about technological innovations and sustainability changes in Africa.

The panelists included Gabriel Senay, a research physical scientist from the U.S. Geological Survey’s Earth Resources Observation and Science Center; Susan C. van den Heever, a professor from the department of atmospheric science; and Michael Pante, an assistant professor from the anthropology department.

“This first panel is on technology and its uses in the continent,” Galvin said. “We have quite the spread of expertise of people who work in Africa.”

“This project is a little bit bigger scale in that we’re looking at trying to understand the Olduvai Basin in Tanzania from an environmental history perspective and its impact on human evolution,” Pante said.

The OGCP is an archeological and paleontological project with the objective of finding new information about human evolution specifically with recovered hominin remains from the Olduvai Basin.

Pante went on to talk about the confocal profilometer, a device he uses to examine the surfaces of hominid bone. Through examining these bone surfaces, scientists can find more information about evolution.

Van den Heever, the second panelist to speak, gave a short presentation on devices used to track weather and the distribution of water to land through the atmosphere.

“Cape Town is probably going to be the first major urban area to literally run out of water,” van den Heever said. “The frightening thing is that there’s nine other cities behind Cape Town waiting for this to happen.”

Van den Heever talked about how 3D-printed weather stations, cell phone towers and drones can all be used in forecasting weather.

Drought-monitoring satellites are already used in many countries, according to Senay, but combining this technology with other climate-tracking devices can create a more reliable system.