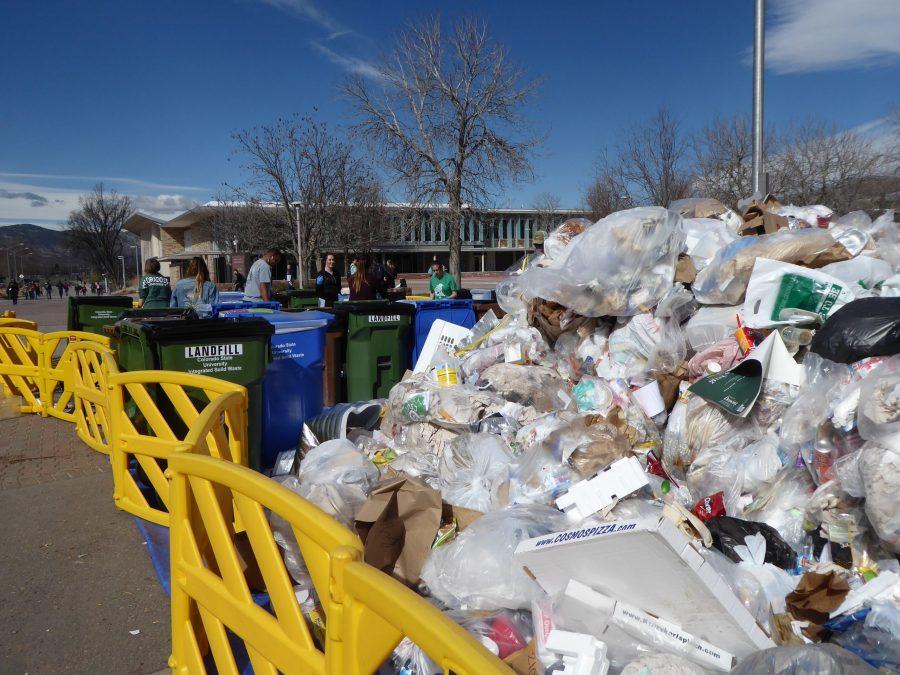 In recent years, CSU has introduced initiatives to reduce the amount of food it sends to landfills, but there is still more work to be done.

According to Sheela Backen, the integrated solid waste program manager at Facilities Management, food waste is a big contributor to climate change.

“When food goes to the landfill, it’s similar to tying food in a plastic bag,” Backen said in an email to the Collegian. “The nutrients in the food never return to the soil. The wasted food rots and produces methane gas, which causes greenhouse gases to rise. Greenhouse gas increases global warming.”

At CSU, Backen said progress has been made when it comes to reducing food waste, with a plate waste audit conducted by HDS in fall 2017 indicating that students used 2,187 meal swipes and collected 319 pounds of plate waste to average 0.146 pounds of waste for one day of meals.

According to CSU’s Green Dining and Composting initiative , there is a 93 percent food diversion rate for pre-consumer and post-consumer food waste, meaning that most of the food from dining centers are diverted from landfills.

According to Backen, composting is a better alternative to sending food to landfills.

“Compost helps to return nutrients to the soil,” Backen wrote. “By sending food scraps to a composting facility instead of to a landfill or composting at home, you’re helping make healthy soils.”

According to Backen, composting is beneficial to the environment.

According to CSU’s Strategic Sustainability Plan , the ultimate goal of reducing food waste is to make CSU a zero waste campus.

But, Madelyn Royal, the director of environmental affairs for the Associated Students of CSU, said that while there has been progress in reducing food waste, the size of CSU makes food waste reduction and zero waste more complicated.

“It’s hard because there are a lot of students and faculty who are so passionate about the idea, but dealing with an institution that is this large, it is so difficult,” Royal said. “We are definitely making small steps, but I don’t know how quick (zero waste) will happen.”

More importantly, Backen said that composting is expensive, but the goal is to start selling compost to pay for the expenses.

“Composting on campus causes increased costs for the University, and we need to find a way for the compost to pay for itself,” Backen wrote. “We are in the process of buying a bagger, so we can sell the compost that we make to help pay for the labor and equipment cost associated with composting.”

Overall, Backen said that students also need to do their part in order to help reduce food waste.

“Everyone creates wasted food, but it is just as simple to not create it,” Backen wrote. “Individuals can learn to effectively prevent the flow of wasted food by taking simple steps such as making grocery lists, inventorying supplies, and buying less. When eating at the dining halls, only take what you can eat.”

Collegian reporter Jorge Espinoza can be reached at news@collegian.com or on Twitter @jorgespinoza14.