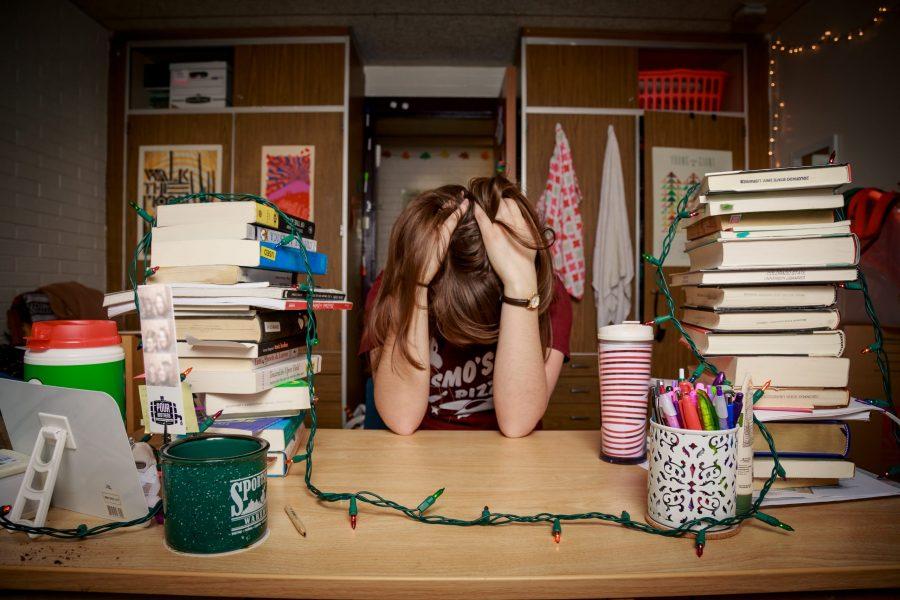 This semester, resident assistants across Colorado State University have felt a change in the culture of Residence Life.

Changes in their job, more responsibilities and a lack of support from their superiors have led to a consensus among many new and returning RAs that there are problems with Residence Life, with 87 RAs organizing a social media group to express their frustrations.

Many RAs dealt with bias-motivated incidents in their halls this semester and do not feel that Residence Life has done enough to help deal with those incidents, such as the noose in Newsom Hall earlier this year and several anti-Semitic incidents.

Five RAs confirmed these frustrations but asked that their comments remain private.

One RA, who wished to remain anonymous, said that they felt Residence Life and the University only addressed the incidents that could create public relations problems.

“The only time the University has addressed a bias-motivated incident is when it could be widely seen, because it was over the network, because it was posted on Snapchat,” the RA said.

The same RA said that some of their residents were hateful, racist, misogynistic and homophobic but only faced minimal consequences, if any.

“It was to the point where all of my female residents were telling me they felt unsafe,” they said. “It was a constant thing, and nothing was done (by Residence Life).”

According to the RA, Residence Life did not send any of the residents in question to Student Conduct Services because it was backlogged. The RA felt that their superiors were not taking the incidents seriously.

But, according to Director of Residence Life Laura Giles, RAs can always go to their superiors for help.

“We have a protocol in place where RAs can always elevate a situation to their supervisor, the Residence Director of their hall, or an Assistant Director or Director in Residence Life if they feel they need additional assistance and/or support,” Giles wrote in an email to the Collegian.

Some RAs said they felt that Residence Life failed at handling bias-motivated incidents on campus, with them falling back on buzzwords as a means of support.

“They’ve just gotten more into their ‘No Place for Hate’ thing,” the RA said, referring to an internal ad campaign. “But, the problem with that is that the only people who will get behind it are the people who aren’t going to cause problems in the first place.”

Part of that is related to the general culture of the job and Residence Life this year, the RA said, and issues present this year that were not present last year.

In her email to the Collegian, Giles wrote that some RAs found the new Residential Curriculum, added this year, challenging.

“Residential Curriculum was introduced to focus on student learning in the residence halls, which is our mission,” Giles wrote. “As with any change, some student staff have embraced it while others have struggled. This is the first year and we will continue to develop the Residential Curriculum to meet our mission and also take feedback into account to improve it.”

At times, RAs said they were expected to expand what they do, such as instances of RAs working at the front desk when the scheduled staff member did not show.

In response to that, Residence Life will begin to pay RAs $9.30 an hour for working at the front desk of their dorm, according to Giles. RAs were not previously compensated for this work.

Giles also addressed other issues voiced by RAs and voiced sympathy for the problems they and other University staff have faced this semester.

“As a campus community, we have faced multiple difficult, and sad, situations that deeply impact us,” Giles wrote. “In my 27 years in the housing profession, this has been one of the most difficult falls in my career and I empathize with the challenges our student staff are facing, both on our campus, nationally, and across the globe.”

Several weeks ago, during the bomb threat at Morgan Library, the frustrations felt by RAs reached a breaking point, according to the RA. Residence Life held an in-service training in Clark at the time, and RAs were told to stay in the building unless they were directly impacted by the threat, according to Giles.

“I can understand Laura Giles saying she was communicating with the police, and we were told to stay,” the RA said. “My biggest problem was that they didn’t give (people who had been through something like that before the place) to address that. If Residence Life is going to use the buzzwords ‘self-care’ and ‘take care of yourself’ … then they need to address the fact that some of us have been through that before, and we needed to at least not be forced to carry on with our meeting.”

According to Giles, the RAs were kept in Clark because it was one of the locations designated by CSUPD during the incident.

“Those of us who are speaking up a lot don’t want any person to feel attacked by what we’re saying, we’re just hoping things change,” the RA said.