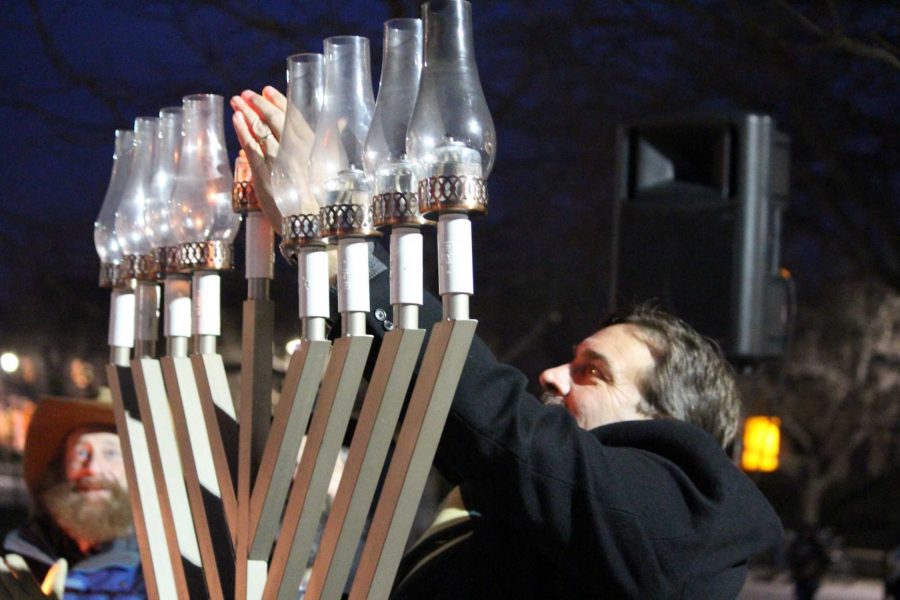 The Chabad Jewish Student Organization as well as the Associated Students of Colorado State University will host the annual Menorah Lighting and Chanukah Celebration with President Tony Frank on the Lory Student Center Plaza Thursday at 5 p.m.

The event, held on the second day of Chanukah, will include the annual Menorah Lighting, which symbolizes the ability of light to overcome darkness.

Chanukah commemorates the Maccabean Revolt and the lighting of a pot of oil which lasted eight days—a miracle which came to be known as the Festival of Lights. The holiday is practiced over eight nights during which a candle is lit for each night.

This is the ninth annual Menorah Lighting, and one of many around the world, according to Rabbi Yerachmiel Gorelik.

“Chanukah has a universal message,” Gorelik said. “It is the idea that a small amount of light can expel darkness.”

The Chabad Student Organization at CSU has hosted this event since their founding in 2005 and is excited to partake again in the event this year to spread community and awareness.

The event itself will include Chanukah music, dreidels and traditional Chanukah treats: donuts and chocolate coins.

Gorelik, Frank and Chabad President Matthew Mehrian will speak at the event by reading prayers and discussing community as related to the holiday.

Gorelik emphasized a greater sense of community for Jewish students at CSU, and hopes that this event will reiterate that message.

This will be Mehrian’s fifth year attending the event, and he said he looks forward to spreading a positive message of peace.

“I think this event has a lot of significance especially outside of the Jewish community,” Mehrian said. “We do one on campus, one in old town, one in Greeley and Loveland, and one of the big themes is spreading that light and being a light upon the nations.”

Mehrian has found that this specific event is especially relevant to students, seeing as it comes around finals. He sees it as a reminder that things will always get better and that the light will always come back.

According to Gorelik, this holiday symbolizes the ability to overcome adversity and is especially important with the acts of anti-Semitism seen on the Colorado State University campus early this semester.

“I think especially in these times, as people see the world is getting darker and darker, it reminds people that a little bit of light can go a long way,” Gorelik said.

The Chabad Student Organization will be hosting a graduation Shabbat on Friday to close the semester.

Collegian reporter Audrey Weiss can be reached at news@collegian.com or on Twitter @Audkward.