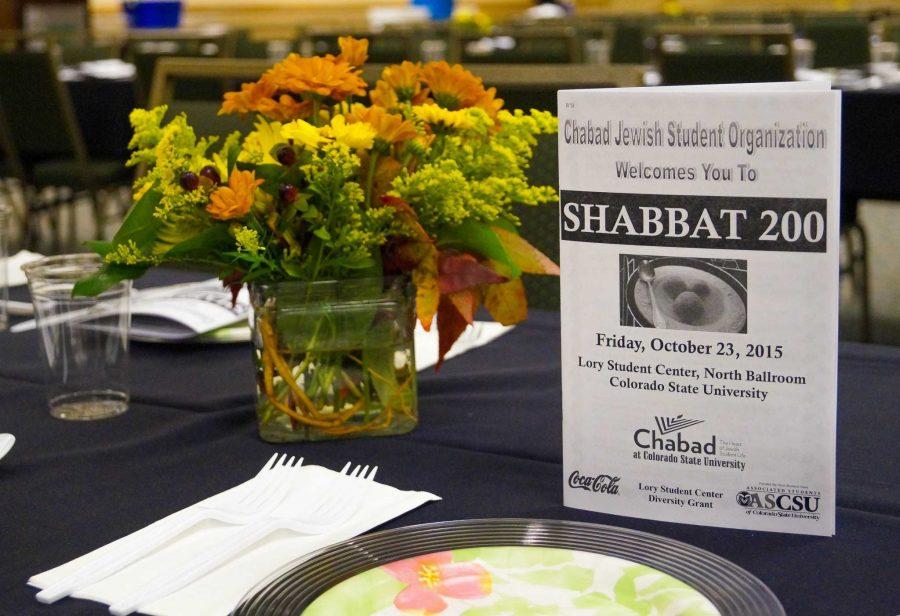 The Jewish sorority, Sigma Alpha Epsilon Pi, and fraternity, Alpha Epsilon Pi, introduced the four courses and discussed their importance, from the Kiddush—the bridge which distinguishes between the days of the week and the days of Shabbat—to the relevance of the challah and breaking bread with friends and family.

Gorelik highlighted the importance of the event, considering recent anti-Semitic and racist incidents on campus. Shabbat is centered around a deep sense of community and unity, both of which are of great importance during such times, Gorelik said.

“No matter how you may feel,” Gorelik said, “we do know that the Jewish response to challenge and even tragedy has always been one of creative positivity.”

Foreman was selected as a speaker specifically because of his excellence in boxing and his strength in dealing with adversity.

Foreman was born in the Soviet Union where he experienced a staggering lack of religion. He recounted underground prayers and synagogues but never attended them with his family.

Foreman was introduced to boxing by his mother when he was bullied and beaten in elementary school.

“My mom took me to the boxing gym … and it was weird, but it was love at first sight,” Foreman said.

He continued boxing after immigrating to Israel, practicing in Arabic gyms. By the age of 17, he became the three-time national champion in Israel.

At that time, Foreman decided to pursue the American Dream and immigrated to New York where he continued to train. But, Foreman felt he was missing something and felt intense mental and physical pressure.

“I realized I need some way out of this pressure,” Foreman said. “And, this friend said, ‘You know, Yuri, Jews are the most powerful people in the U.S.”

Foreman said he decided to take a chance and went to a Chabbad house where the Rabbi used boxing as a metaphor for life and the obstacles, or punches, people face.

Incorporating Jewish training into his boxing training, Foreman said he was able to reconnect with his spirituality, and better understood the sport.

Foreman participated in a fight against the world champion in 2006. He recalled reading professional sports reporters favored his opponent, and his anxiety as the underdog.

Just before the fight, Foreman remembered the three wishes he left at the Western Wall in Jerusalem in which he wished for three things: a supermodel wife, success and happiness, and a world champion title.

“I fought a very Jewish fight,” Foreman said. “Fighting like a Jew is to hit and not to get hit.”

Foreman won the fight and was named the world champion twice.

“It’s good to be the underdog,” Foreman said. “It’s what you do with that and rising to the occasion that you meet your potential … and create a spiritual connection.”

Collegian reporter Audrey Weiss can be reached at news@collgian.com or on Twitter @Audkwerd.