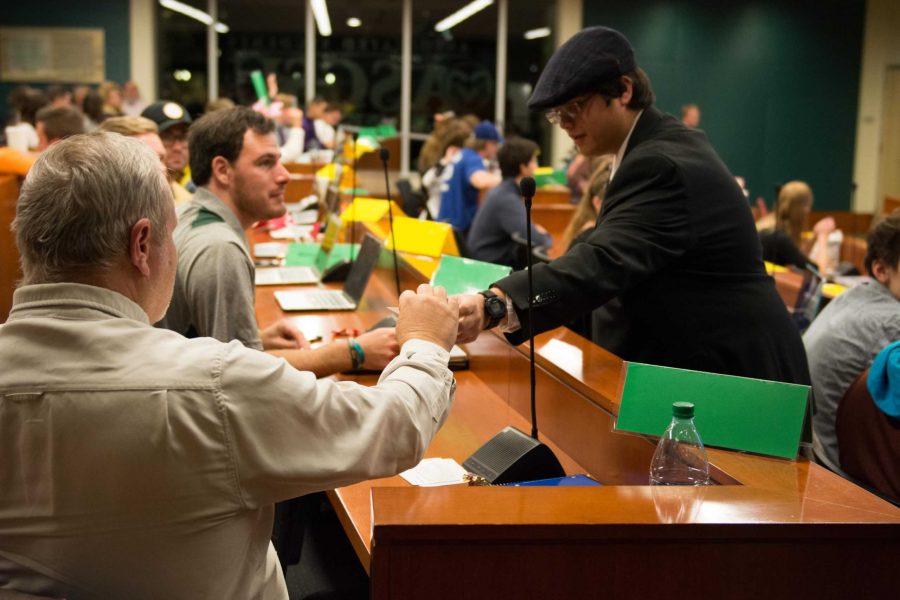 Colorado State University’s student government took a step towards tackling the “U+2” ordinance and selected a new member to sit on the impeachment committee for President Josh Silva Wednesday night.

Hanna Johnson, officer of student affairs for the Associated Students of CSU, authored a bill that would pull $10,000 from the Senate Discretionary Fund to fund a study by the City of Fort Collins about the occupancy ordinance, commonly known as “U+2” which limits housing occupancy to no more than three unrelated adults.

Some senators said they thought using student fees to fund the study would not yield any change to U+2, while others said having the data would be of interest to students to move the city towards new housing legislation.

Sen. William Henshaw said having the study’s data would help the student government pressure the city to make policy changes.

“We can’t make any efforts to change anything if we don’t have the information to back up our points,” Henshaw said.

Mike Watson, a former senator of ASCSU, said funding the study to start proposing changes to U+2 would fail, so the senate should not vote to fund it.

“To take any of the students’ money and give it to something that is almost guaranteed to fail, because Fort Collins doesn’t want that to happen … it’s going to pass anyway,” Watson said. “If you’re going to spend money on anything to enrich the lives of the students that you have, I’d recommend doing it on something other than this.”

Chief Justice Brittany Anderson, chair of the student government’s impeachment committee, announced that a member of the committee was removed for obstructing impeachment procedures.

Deputy Chief Justice Katt Crowdis and Sen. Ken Schmitt, who represents Adult Learner and Veteran Services, were nominated to fill the positions. Crowdis was appointed to the committee.

Both nominees spoke about their ability to remain impartial when hearing evidence regarding the impeachment.

However, several senators said they were concerned about Schmitt’s ability to be thorough and remain impartial while hearing evidence due to comments he has made to some senators.

“(Schmitt) has said nearly verbatim to me (that) he’s sick of this whole process, completely disinterested (and) doesn’t think we should have started it in the first place,” Sen. Josh Lindell said. “I love Sen. Schmitt but with all due respect, that sounds like a very biased approach to the situation.”

Crowdis said her experience in the ASCSU Judicial Branch indicated that she could remain impartial when hearing evidence.

“(As deputy chief justice) I have had quite a lot of abilities and experiences through being an impartial voice,” Crowdis said. “Through being in the many different hearings that I sit (in) on, I’m able to really understand other people’s backgrounds and experiences, too, and I believe I would be a great asset to this committee because of my background with remaining impartial.”

Anderson could not immediately be reached for comment regarding the member of the committee who was removed for obstruction. The impeachment committee is currently scheduling time for hearings between Silva and Sen. Cerridwyn Nordstrom.