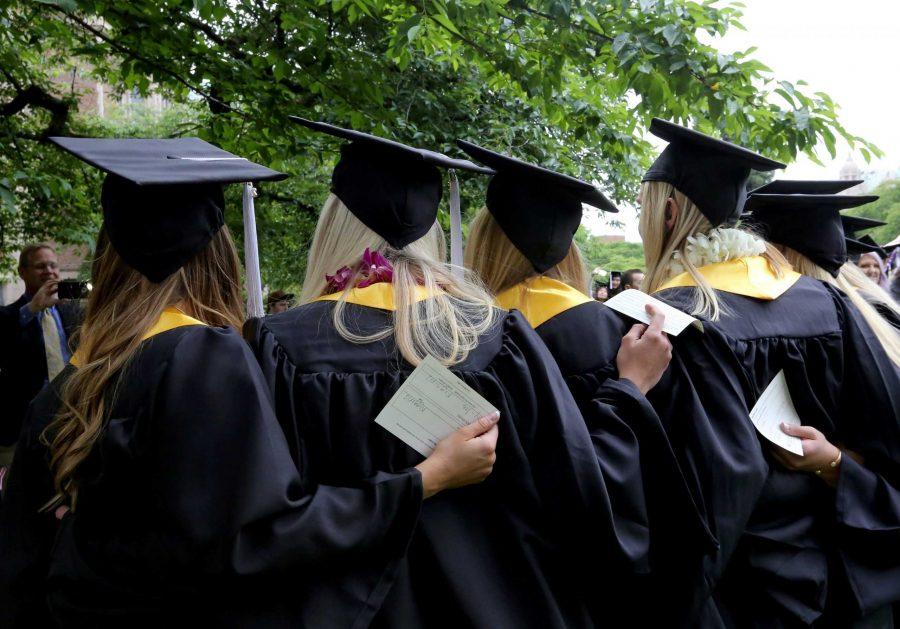 Graduate students at Colorado State University have cause to fear for their academic futures.

The House of Representatives passed a bill, on Nov. 16, which would effectively make graduate school more expensive and potentially chase future and current candidates out of their degree programs.

CSU Graduate School responded to the bill over Thanksgiving break, advising students to make themselves aware of the issues and to inform them that CSU has lobbyists working to monitor the issue, as well as vie for students and their educations.

Assistantships given to graduate students, like teaching assistant or research positions, would be considered taxable income under the bill. Those assistantships, otherwise known as tuition waivers, are separate from the stipends given to graduate students. They range in value but cover the majority of the expenses for graduate school. Currently, students only pay taxes on their stipends, which are similar to how someone might receive a paycheck for working a job.

Miranda expressed concern over the bill for CSU students.

“One provision that we are tracking is the one that would make graduate student tuition waivers (when they are on assistantships) taxable.  This would be an additional expense to our students, and would make it more expensive to attend graduate school,” Miranda wrote in an email to the Collegian. “Yes, we are concerned that such a provision would, on the margin, cause fewer students to be able to afford graduate degrees.”

Currently, the Senate is considering a similar bill that does not include the provision on graduate tuition waivers. Miranda confirmed lobbyists are working on behalf of CSU. The original email to graduate students said CSU is not only watching the developments closely, but is in constant contact with both their lobbyists and the University’s federal delegations.

“We are also trying to lend our support to our professional organizations, notably the Association of Public and Land Grant Universities (APLU), to make sure that our collective concerns are being heard,” Miranda wrote.

“Things come up all the time, and this is an efficient and effective way to stay in contact with our federal delegations (senators and representatives’ offices, primarily) on matters that are special interest to higher education,” Miranda wrote.

Lindsay Lammers, president of the Graduate Student Council, wrote in an email to the Collegian that most graduate students have their tuition waived, and the bill will significantly increase the tax burden of graduate students.

“For example, my taxable income would increase by 40 percent. It is already expensive to live in Fort Collins and this would cause (graduate) students to struggle even more,” Lammers wrote.

Under the House bill, interest paid on student loans would no longer be tax deductible, according to The New York Times. More than 12 million people used that deduction in 2015.

Another student on the Graduate Student Council, who wishes to remain anonymous, said they are considering a second masters in student affairs in higher education, but is counting on an assistantship. If the bill passes, they said they will have to look for a job instead.

In terms of support from the University, the source said they would ask if the current stipend given to graduate students will be raised if the bill passes. Some students would be forced to take out more student loans in order to pay taxes, but some students do not wish to further their debt.

Additionally, the source said many of the TAs on the graduate council are upset, as many count on those positions to help pay for their schooling and would be unable to pay the taxes proposed by the bill with the current stipend they are given.

The email sent to the graduate students urged them to educate themselves about the issues regarding the tax bill. Websites given included the Council of Graduate Schools and the National Association of College and University Business Officers.

The email also encouraged graduate students to involve themselves appropriately as private citizens, and to voice concerns to representatives.

“As I’ve spoken with other graduate students, we are disappointed that the federal government thinks so little of the grad students that are the foundation of innovation and research in this country,” Lammers wrote.

The Senate is expected to vote on their proposed version of the bill in the weeks following Thanksgiving.