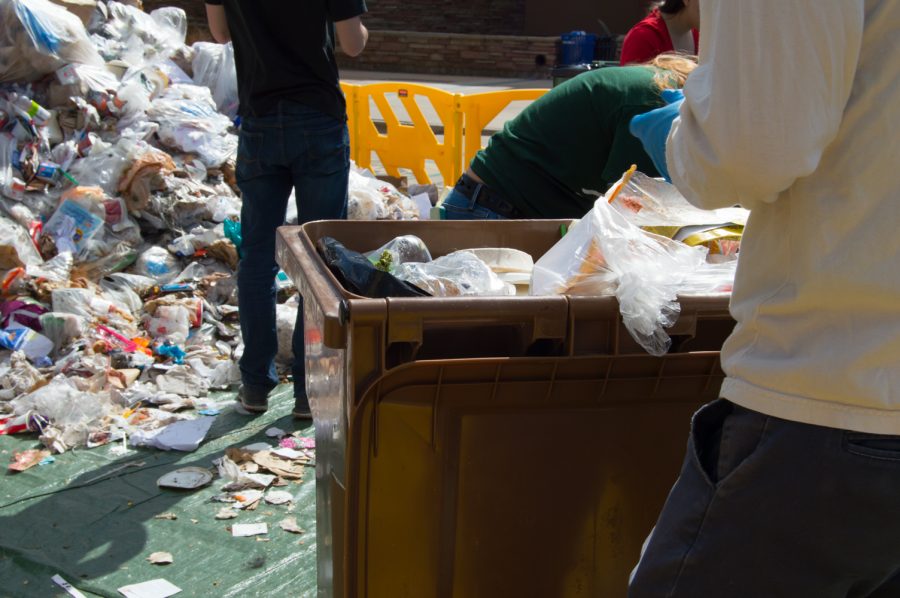 Composting on the Colorado State University campus continues to grow, as new plans and programs are discussed for how campus can get rid of compostable wastes.

Around campus, composting is conducted in several buildings and areas, including the University Greenhouse, the new campus stadium and some residence halls.

With these areas already in place, members at CSU are aiming to expand the current program to more areas around campus.

“We are planning to expand the composting to the Academic building starting with rest room paper towels and some of the break rooms where we have volunteers to take care of the compost bins,” wrote Sheela Backen, a member of facilities management who is trying to further the composting initiative on campus, in an email to the Collegian.

One of the most recent initiatives to take place at CSU is waste diversion that occurs at the stadium during game days.

“For the last game about 43% of the waste was recycled or composted,” Backen wrote. “It is a part of our mission to divert as much of campus waste from the landfill as possible and composting is a part of that diversion.”

While this new initiative has begun on campus, there are other composting initiatives that are still up in the air for the rest of campus.

“There isn’t a large driving force that is coordinating how this will all roll out,” said Maggie Gilman, a member of CSU’s Zero Waste Team. “The specific piece that is lacking is how education and outreach will occur. The infrastructure part is slowly evolving.”

One of the most current conversations surrounding campus composting revolves around adding front-of-house composting bins at the Lory Student Center.

“It’s clear that we have compostable serviceware, we have eco-products, and the fact that we don’t have an avenue for students to compost those is definitely an issue in my opinion,” said Madelyn Royal, the director for Environmental Affairs with Associated Students of CSU. “I think students deserve some sort of area where they can utilize those products.”

Royal added that she has a small compost bin in the ASCSU office, as a starter version of the planned LSC compost initiative, which she hopes can help educate ASCSU and Student Leadership, Involvement and Community Engagement, once plans have been drawn up for the LSC initiative.

Gilman, Backen and Royal all agreed that one of the biggest reasons for the push for more composting on campus is due to the Fort Collins landfill.

At the current rate, the Fort Collins landfill is expected to be filled by 2025, according to the City of Fort Collins. According to Backen, the cost for a new landfill will drive up what the community is currently paying, depending on how the county decides to proceed.

“It is important to keep food waste and other materials that could be easily recycled out of the landfill to preserve our natural resources and the planet,” Backen wrote.

Gilman feels students and individuals have a direct influence on the amount of waste on campus and in the community and wants to see a call to action to the CSU student community, faculty and staff to invest into composting waste.

“Students should really care because they can become empowered to deal with organic waste on their own,” Gilman said. “I think one part of taking initiative, if you think there are environmental problems in the world, is being empowered by that. Getting to see your waste stream decrease is very empowering.”