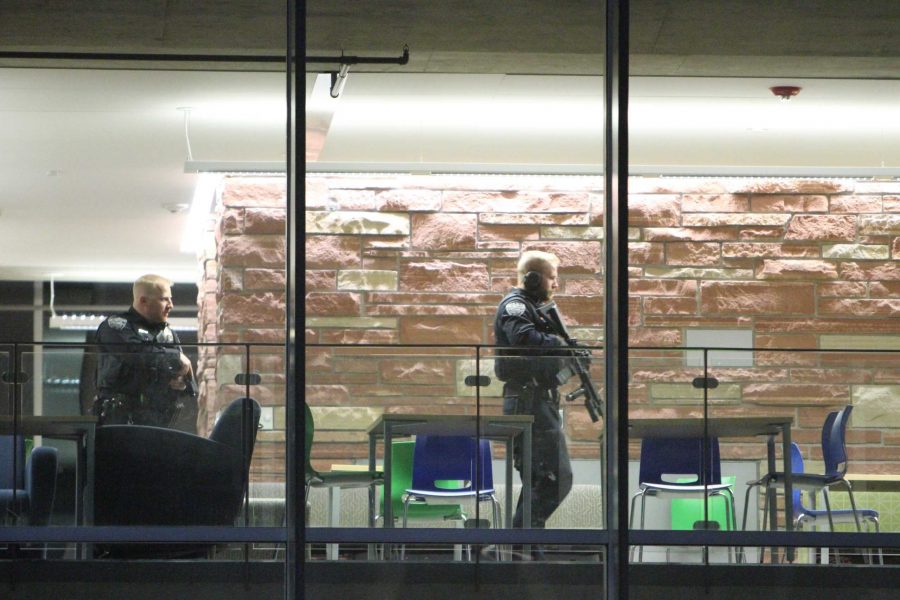 Police officers do a sweep through of "The Cube" in the library during a bomb threat on Nov. 7. Police officers covered both floors on multiple sweeps and carried assault rifles through their searches, and later led a K-9 unit through the building. (Tony Villalobos May | Collegian)

A suspect was arrested Tuesday night by Colorado State University Police in connection with the bomb threat on the CSU campus, the department confirmed early Wednesday morning.

Jonathan Copp was arrested outside of Allycat, a coffee house near campus, late Tuesday night by CSUPD, according to CSUPD spokesperson Dell Rae Ciaravola. He is not a student or employee of the University.

A bomb threat was reported Tuesday evening in the University’s library. Students were evacuated by a fire alarm around 7:30 p.m. and found out at 7:42 p.m. later that the evacuation was in relation to a bomb threat made in the building.

An all-clear was issued by the CSU Police Department at 9:47 p.m. following the evacuation around 7:30 p.m. There was no device or threat found in the building.

CSUPD thanked the community for noting the suspect’s whereabouts in the text alert Wednesday morning. He is in custody.