Bomb threat at CSU library all clear after evacuation 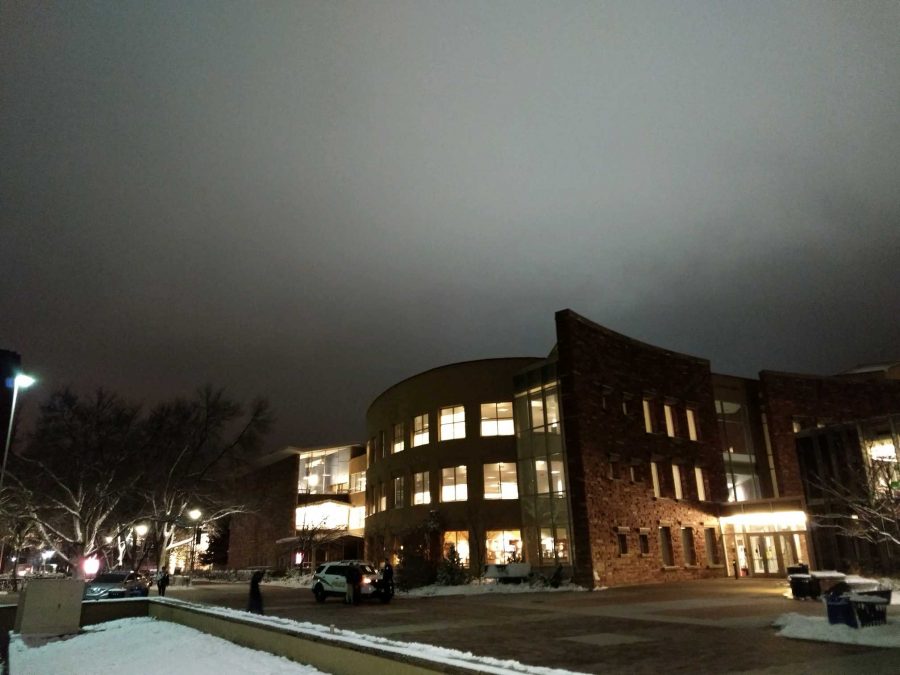 A bomb threat was made at Morgan Library Thursday night. (Tony Villalobos May | Collegian)

Students evacuated Tuesday evening after a bomb threat was made at the Colorado State University library.

An all-clear was issued by the CSU Police Department at 9:47 p.m. following the evacuation around 7:30 p.m. There is no device or threat in the building, according to CSUPD. Police have not made an arrest.

About 100 students stood outside of Morgan Library around 7:30 p.m. watching as the CSU Police arrived on the scene. Students were evacuated by a fire alarm, but the University later sent out an alert at 7:42 p.m. informing the campus that a bomb threat was made.

The suspect is a 30-40-year-old white man with a red beard, according to CSUPD. Police ask the public to call 911 if anyone who fits the description is seen.

The Morgan Library is the only building on campus under the bomb threat. No other buildings have been evacuated. Officers were seen clearing the library room by room with assault rifles after the building was evacuated.

Many students waited outside the library, held back about 150 feet away from the building. According to eye witnesses, students were slow to evacuate and several thought it was a drill or a prank.

“People were packing up pretty slowly,” said Saskia Czura, a freshman biochemistry student. “Everyone evacuated, though. I was kind of surprised because I really thought it was a drill, but I’m glad everyone is safe.”

Students will not charged library late fees Tuesday night or tomorrow morning. The library will remain open as scheduled until midnight.

“Our first priority is that the students who are working in the building, both our employees and students studying, are safe,” said Amy Hoseth, an interim assistant dean for the library.

Collegian Editor-in-Chief Erin Douglas can be reached at news@collegian.com or on Twitter @erinmdouglas23.