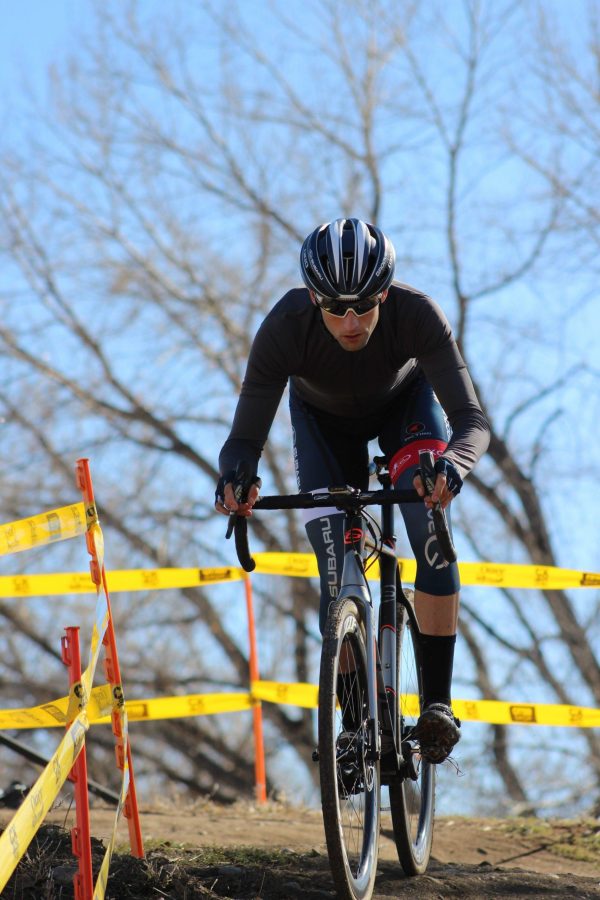 The seventh annual Cyclocross by Cross of the North made its debut appearance at New Belgium brewery this weekend, and Coloraso State University students raised money to aid those affected by Hurricane Maria in Puerto Rico.

CSU communications professor Beth Meyers-Bass participated at the event, selling raffle tickets to raise money for disaster relief in Puerto Rico and California. She invited her students to aid in this event.

“All the money that we raise is going to Puerto Rico, but we are also accepting clothing and food donations to go to California.”

Meyers-Bass, married to a member of Cross of the North, said that several of her students helped her raise $200 by making their rounds at the event on Saturday. She expects to raise between $400 and $500, plus tangible donations to deliver to the American Red Cross.

The track is approximately three kilometers, and racers make around four laps per race.

“Racers race on something like a road bike,”said James Scott, race director.

Cyclocross itself is a very difficult sport as it is a form of interval training in which participants take road bikes with knobby tires on many different surfaces, said John Yeast, New Belgium non-profit organization relationship associate.

The cyclocross event is intended to bring together a large population of bikers in the Norther Colorado area.

This year was especially exciting for the organization, considering Cross of the North had difficulty finding venues that support the track, and New Belgium participates in seasonal weekly cyclocross competitions every Tuesday.

“Last year we were in undeveloped land in Loveland,” Scott said. “We are thrilled beyond belief to be at New Belgium. It’s been a great partnership with them.”

Cross of the North has made deep roots with New Belgium. One of the board members of the Ciclismo Youth Foundation, an organization which promotes youth participation in the community, works as a biochemist at New Belgium and works very closely with Cross of the North.

“Cross racing is grass-roots at its very nature,” Yeast said. “It is people getting together and supporting one another to stay in good fitness and ride.”

The event included Georgia Gould, Olympic mountain biker and Fort Collins resident, as one of the guest judges.

The event itself not only brings together fellow bikers, but welcomes a multitude of local companies and northern colorado community members.

As far as the event proceeds, Scott said the event typically breaks even for the Cross of the North and any remaining profits go to funding the event for the following year. Cross of the North, however, works to raise money for foundations such as the Wounded Rider program which raises money for injured bicyclists who are displaced from their main source of income as a competitive rider.

“Frankly, we’re not in it to make money,” Scott said. “We’re in it to build community.”

Collegian reporter Audrey Weiss can be reached at news@collegian.com or on Twitter @Audkwerd.