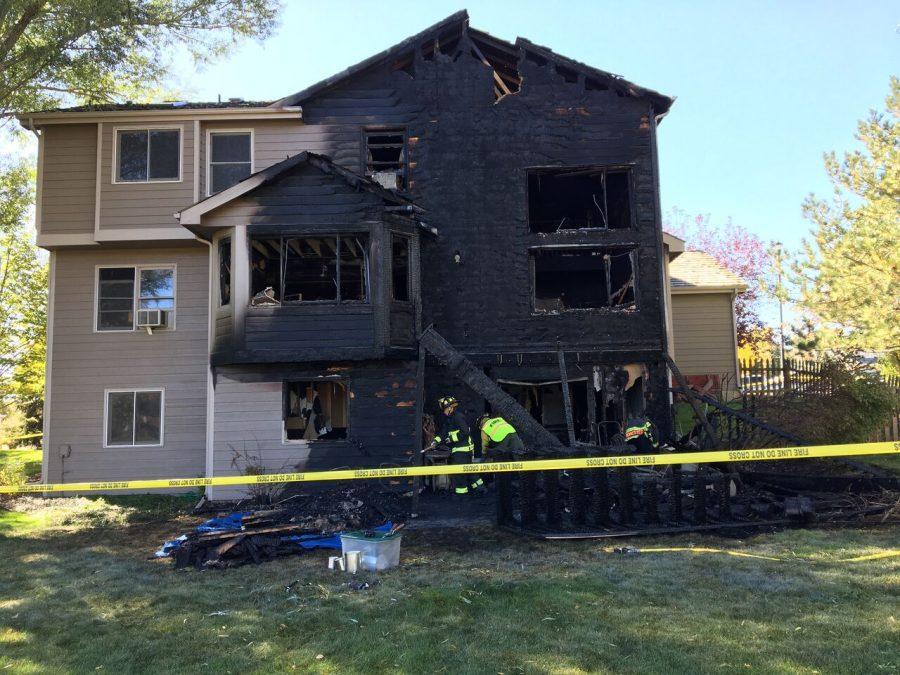 According to a press release from Poudre Fire Authority, dispatchers received a call of a structure fire on 4512 Idledale Drive in Southwest Fort Collins, and PFA crews were dispatched at 4:41 a.m. When the first unit arrived on scene at 4:48 a.m., they found the back of the two-story home fully engulfed in flames.

Firefighters immediately entered the building to locate any potential victims and found a woman in a second-floor bedroom. The woman broke the bedroom window but was unable to escape.

Firefighters removed the woman from the home with the assistance of the Larimer County Sheriff’s Office and UCHealth Emergency Medical Services units. The woman was transported by personnel to Poudre Valley Hospital.

The fire caused significant smoke and fire damage to the home that extended from the basement to the roof of the home.

The origin and cause of the fire is currently under investigation. The Larimer County Coroner’s Office will release the woman’s identity along with the cause and manner of death following notification of family.