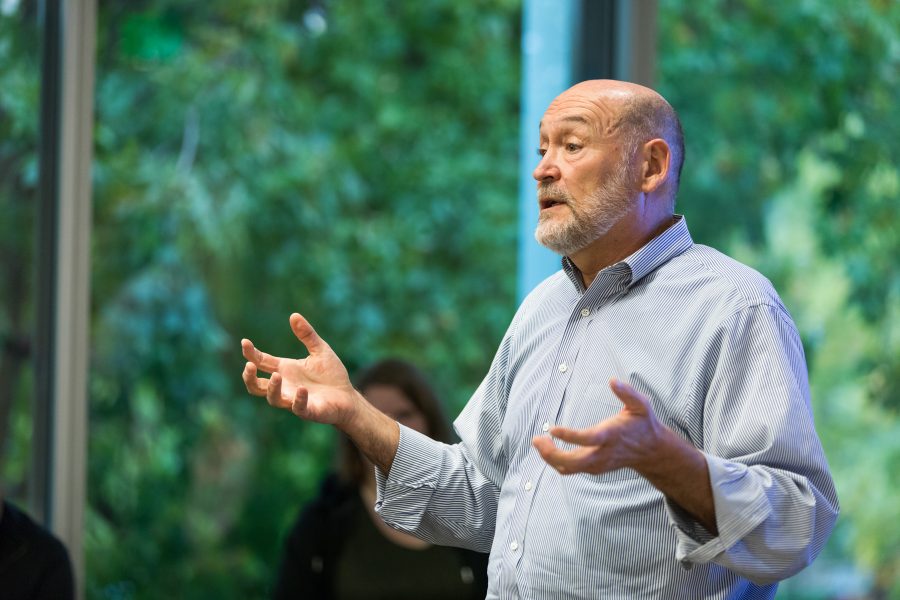 With the repeal of DACA underway, uncertainty among undocumented and DACA-mented citizens is rising.

The School of Social Work took the task of tackling these issues at the second Dialogues Around Difference discussion of the academic year, ReFraming Perspectives of Immigrants and Refugees.

Speakers included Collin Cannon, director of advocacy at the Immigrant and Refugee Center of Northern Colorado; Susana Muñoz, assistant professor and coordinator of the Higher Education Leadership doctoral specialization in the School of Higher Education; and Joe Horther, integration partnerships coordinator in the Division of Refugee Services at the Colorado Office of Economic Security.

Horther discussed the importance of acknowledging the contribution of immigrants and refugees to provide to the community.

“Re-framing the way we talk about refugees is talking about immigrants and refugees as contributors to our community,” Horther said.

Moreover, Horther spoke on the most recent Health and Human Services report, which found that the net contribution back to the community as implemented through education of immigrants is approximately $63 billion over the course of a decade. Yet, the expenses these initiatives require are more widely publicized than the benefits they supply.

“It’s been interesting to see that we’ve sort of positioned this narrative as good-immigrant, bad-immigrant,” Muñoz said of the on-going debate on overall contribution to the community. “It’s either all of us, or none of us. We cannot just focus on the 800,000 that receive DACA … We really need to focus on the 11 million (undocumented).”

That being said, Muñoz found the response by the public to be of incredible support.

With the presidential determination at 45,000—the lowest the U. S. has seen in a decade—the need for understanding is imperative, and the CSU community plays a great role in implementing support.

“I think for a lot of students the awareness is increasing around those services, but as far as the extent to which those offices are working is not changing,” said Jovan Rivera-Lovato, a senior social work and women and gender studies major. “Offices, people (and) professionals are doing everything they can, given the context that they work in.”

Muñoz attributed the past acceptance of these issues to a historical legacy of cruelty towards immigrants in the United States.

“We’ve always lived under the cloud of deportation,” Muñoz said.

However, Muñoz sees this predisposition as an opportunity to push back against bounds.

Regarding initiative, the panelists agreed that students should build alliances with preexisting communities on campus, such as Dreamers United, as opposed to forging individual paths.

Muñoz recalled her research on immigrants comfortable with their status as inspirational to a community shrouded by shame. CSU has been granted the opportunity to contribute to this narrative, and provide a community in which students can exist undocumented, unapologetic, and unafraid.

Collegian news reporter Audrey Weiss can be reached at news@collegian.com or on Twitter @Audkward.