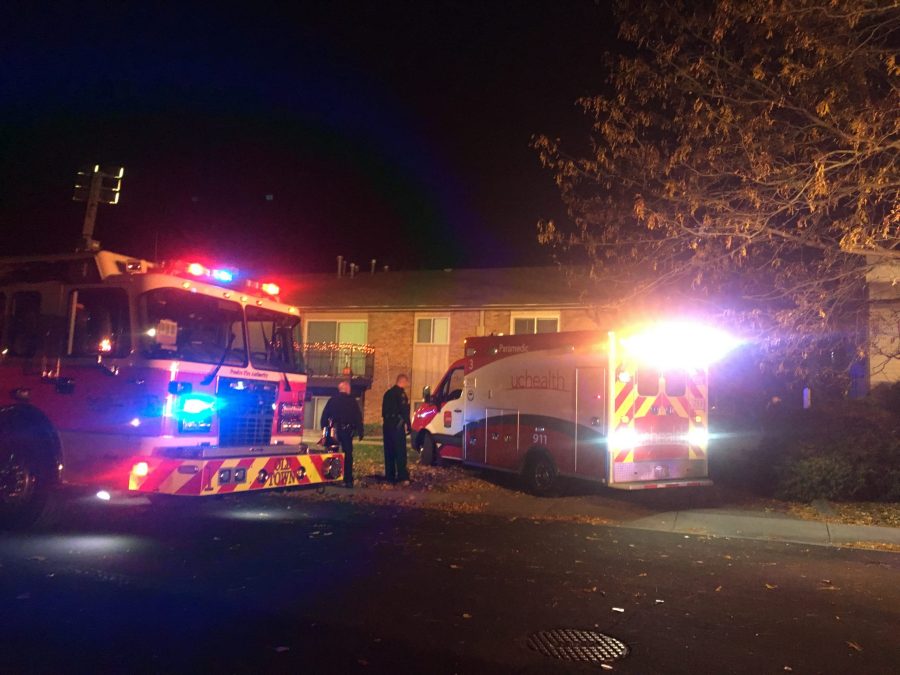 An ambulance arriving at the scene of the fire. The fire occurred on the second floor of the Cammire apartment complex. (Brandon Mendoza| Collegian)

In a post on their official Facebook page, Poudre Fire Authority wrote that crews were dispatched to the Cammire condo complex at 2115 W. Plum Street. around 1:58 a.m. Saturday after receiving numerous reports of an apartment fire.

Firefighters removed the body of a man, who was the only occupant of the second-floor apartment at the time of the incident and was later declared deceased.

A second person lived in the apartment, but was not present at the time of the fire. Crews contained the fire at 2:13 a.m., but there was smoke and fire damage throughout the apartment, acording to PFA.

At the beginning of October, a woman was killed in an accidental house fire. The woman was later identified as Rachael Max, the daugher of Colorado State University’s Athletic Administrator Doug Max.

The Larimer County Coroner’s Office will notify next of kin and release a cause of death statement and a future date, and the cause of the fire is still under investigation.

Collegian reporter Ryan Tougaw can be reached at news@collegian.com or on Twitter @rjtougaw.