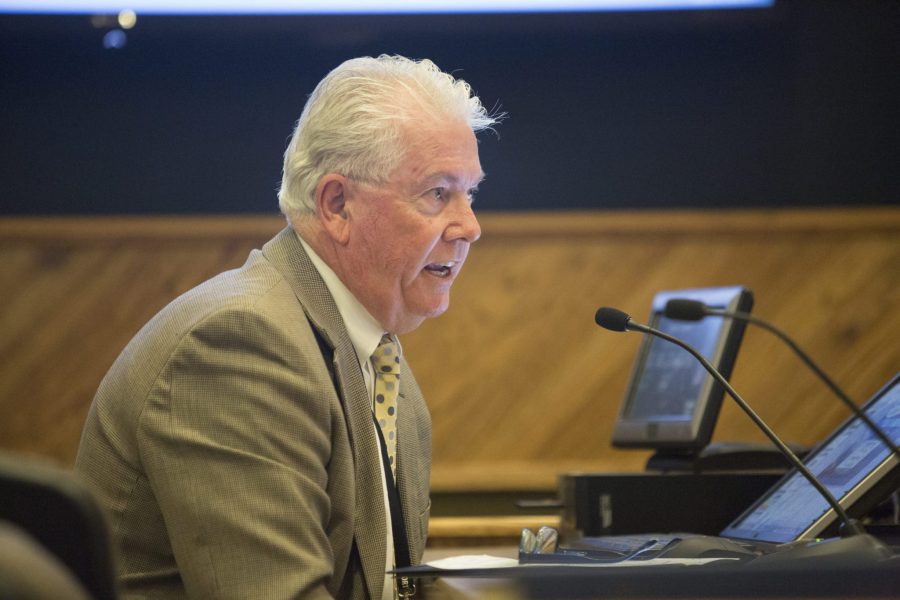 Forrest, who did not give his last name, asked about a shooting that took place July 1 around Prospect Road and Center Avenue, involving a Fort Collins police officer and a CSU police officer, a shooting that he witnessed. He wanted to know why the body camera or dash camera footage had not been released.

“I was a witness and watched a man die,” Forrest said. “I want to know what happened.”

The second incident involved a FCPD K-9 being used to remove a mentally unstable elderly woman from her home. Forrest claims that K-9 unit was sent in to retrieve her without the proper mental health or emergency staff being present to provide the woman with the services that she may have needed at the time.

According to Jones, the shooting that involved FCPD and Colorado State University Police officers is still under investigation, so the footage of the event has not been released.

But, Jones said the man involved in the shooting had mental health issues, and the shooter informed his mother that he would either be shot and killed by Fort Collins Police or that he and his brother would be dead.

The man, armed with a 10-inch knife, was on his way to allegedly kill his brother and his brother’s wife when he was approached by the two officers.

According to Jones, the footage shows that the man was told no less than 30 times to drop the knife but chose to instead charge the CSUPD officer. The man was then fired upon, and passed away as a result.

The second incident involved a mentally unstable elderly woman who was removed from an apartment using a K-9 unit of the FCPD.

The apartment was not hers, but she claimed that the apartments’ residents had been given to her from God.

Jones said that K-9 units have multiple uses, including detecting drugs or bombs and finding people. According to Jones, the K-9 unit was used because the woman had buried herself inside the apartment.

The woman was peacefully and safely removed from the apartment, and it was then that authorities discovered a warrant out for her arrest on a charge of first degree trespassing, according to Jones. She was given sufficient medical care, then transferred to Larimer County Jail.

Collegian news reporter CJ Ash can be reached at news@collegian.com or on Twitter @Cee_Jay_Ash