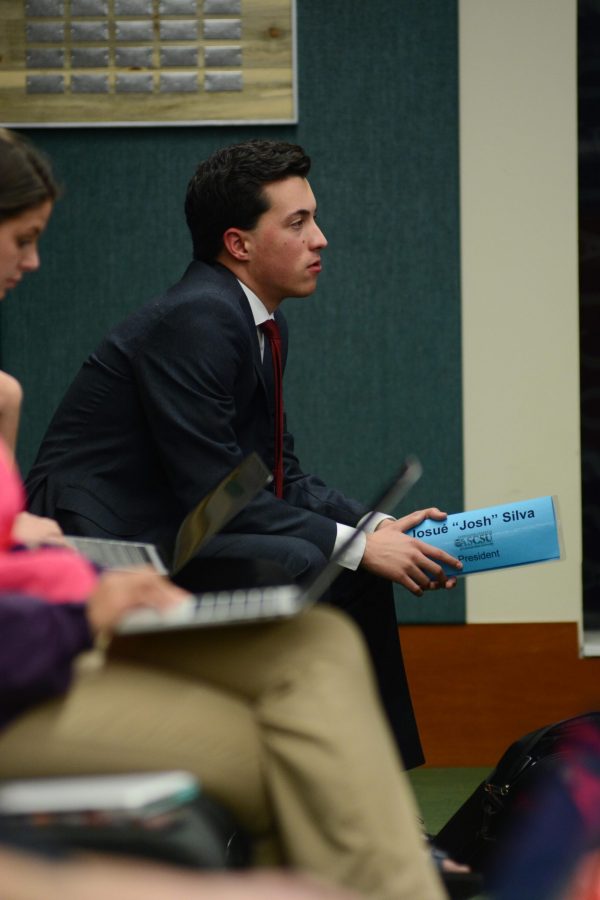 The impeachment effort against Josh Silva moved forward with the ratification of the Impeachment Committee Wednesday night amid the University’s own investigation of the Associated Students of Colorado State University president.

Speaker of the Senate Isabel Brown accepted Sen. Cerridwyn Nordstrom’s finalized impeachment petition against Silva at the weekly senate meeting. At this point, allegations cannot be added or removed. The finalized petition removes the allegations of discrimination and harassment and removes allegations that Silva showed up intoxicated to the Sept. 20 senate session. An Office of Equal Opportunity investigation is currently underway by the University regarding the discrimination and harassment claims against Silva.

The finalized charges for impeachment claim that Silva violated ASCSU’s governing documents by failing to inform the senate body of negotiations for the Wall Street Journal and of moving funds from another department’s budget to fund the contract, falsely stating in an Aug. 30 article in the Collegian that the contract was funded, failing to create a job description for himself to follow, and deleting and concealing emails from his public presidential email to obstruct impeachment proceedings.

Silva approached the floor to speak directly to the senate body since the first senate meeting of the academic year after Brown accepted the petition.

Silva said he respects the impeachment process but chose to speak during the meeting to address the situation.

“Out of respect for the process, I feel I cannot stay silent any longer,” Silva said. “I’ve sat back for the past five weeks and watched as allegations affecting my reputation and consisting of procedural violations … have been launched. All the while, (I have) had very little opportunity to defend myself, refute these charges or address this body.”

Silva said the actions of the senate body pained him, but he urged them to follow through with the process.

“I respect the process, which is why it pains me to see some of the things that have been going on in this body and see how documents have been manipulated and hearing different stories of different individuals who have approached me,” Silva said. “… As a concerned student, as a member of ASCSU and as citizen who highly respects governing bodies, I urge you, as this process moves forward, to respect your process, hold each other accountable and hold yourselves accountable.”