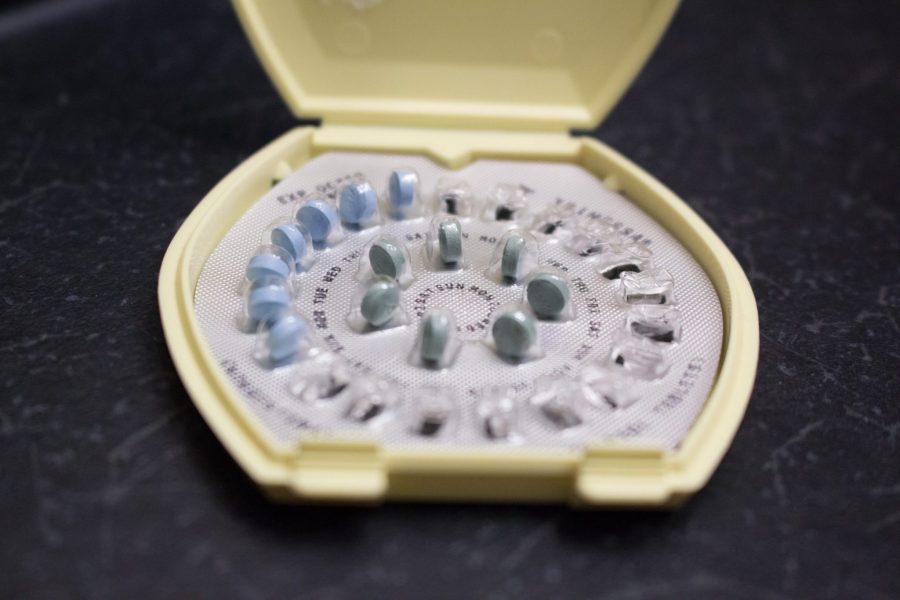 In October, the Trump Administration moved to expand the rights of employers to deny women insurance coverage for contraception for religious reasons, but students who are on the CSU health insurance plan will not be impacted by any changes made to the Affordable Care Act. The CSU Health Center currently provides students with one form of birth control out of 18 FDA-approved contraceptives. (Jenny Lee | Collegian)

In early October, the Trump administration moved to expand the rights of employers to deny women insurance coverage for contraception in the name of religious freedom.

The original Affordable Care Act mandate was intended to remove cost barriers by requiring all employers to provide their employees with insurance plans with no copay birth control. According toa study commissioned by the Obama administration, more than 55 million women gained access to no-cost contraceptive due to the mandate.

The Trump administration’s rollback of this mandate sparked controversy nationally.

Colorado State University students enrolled in six or more resident instruction credits are required to have some form of healthcare, either through the University’s plan or through private insurers, such as their parents’ plans.

The 2017-2018 CSU student health insurance plan covers all 18 FDA-approved methods of contraception without cost sharing, as is required by federal and state law. According to the CSU Health Network’s Executive Director Anne Hudgens, this will not be impacted by any changes in the ACA.

“The student health plan is designed to meet the health needs of our student population, and women’s health and contraceptives will remain a fundamental priority,” Hudgens said.

However, students not on CSU’s health insurance plan could still be impacted in the case that their employers, or the employers of their parental guardians, participate in the rollback, according to CSU alumna and senior policy and political director for Planned Parenthood of the Rocky Mountains Ashley Wheeland.

“Like many who advocate and work to increase access to reproductive health care, especially birth control that empowers women, we are really concerned as to how this could impact people’s ability to choose,” Wheeland said.

Under the new action, employers who are opposed to birth control for religious reasons can opt-out of the previous mandate. According to Wheeland, this could mean high costs for contraceptives. Two of the most popular methods, pills and IUDs, would be more expensive, with oral contraceptives rising to about $50 monthly and IUDs costing upwards of $800 up-front.

“The ACA included this mandate … because every person who needs (contraceptives) should be able to decide what is the best method for them,” Wheeland said.

According to Wheeland, hundreds of thousands of women could lose access to birth control under the new policy.

Kristy Kumar, assistant director of educational programs at CSU’s Women and Gender Advocacy Center, said women are not the only ones that could be impacted by this rollback.

“This is much more than attack on women. It’s an attack potentially on minoritized populations like trans and gender nonconforming folks,” Kumar said. “It’s (also) a class issue. There are people who need access to these who are not cisgender women.”

Likewise, common hormonal contraceptive methods such as pills and implants have medical uses beyond standard birth control such as treatment for Endometriosis, polycystic ovarian cancer, menstrual migraines and menopause, according to Kumar.

“Looking at this issue holistically … 58 percent of women who use (oral) contraceptives are using contraceptives for additional forms of wellness,” Kumar said.

“We are all affected by domestic attacks on reproductive rights. Millions of women rely on birth control and it needs to be affordable. It’s basic healthcare,” Hart said. “This is an attack on reproductive rights under this mask of religious freedoms. It’s not a separation of church and state.”

Andrew Walter, a fermentation science and technology major and president of the CSU chapter of Young American’s for Liberty, a new libertarian organization on campus, said that while birth control is important, it is not a constitutional right.

“Women deserve those products, but at the same time … there’s nothing in the Constitution that guarantees healthcare, let alone mandates an insurance for (birth control),” Walter said. “There are other avenues to get those things whether it be a supplementary plan or options like Planned Parenthood.”

Walter shared his perspective on the issue during an interview with CTV.

“We do think that everybody should have access to those things. Women deserve those products,” Walter said. “But, at the same time, a product or service is not guarenteed to anyone by the government or insurance.”

Wheeland urged any women that are concerned by this rollback to make their voices heard.

“Get involved. Be advocates. Push back,” Wheeland said. “(We are) standing up and protecting the health care gains we’ve made. Let your elected officials know that this access is important to them.”

“(Birth control) is an expensive thing for a young person trying to get through and pay for school,” Wheeland said. “We serve a lot of young women from campus, and we’re going to make sure we do everything we can to continue providing them with access to the healthcare they need.”

Collegian reporter can be reached at news@collegian.com or on Twitter @Natalia_Sperry.