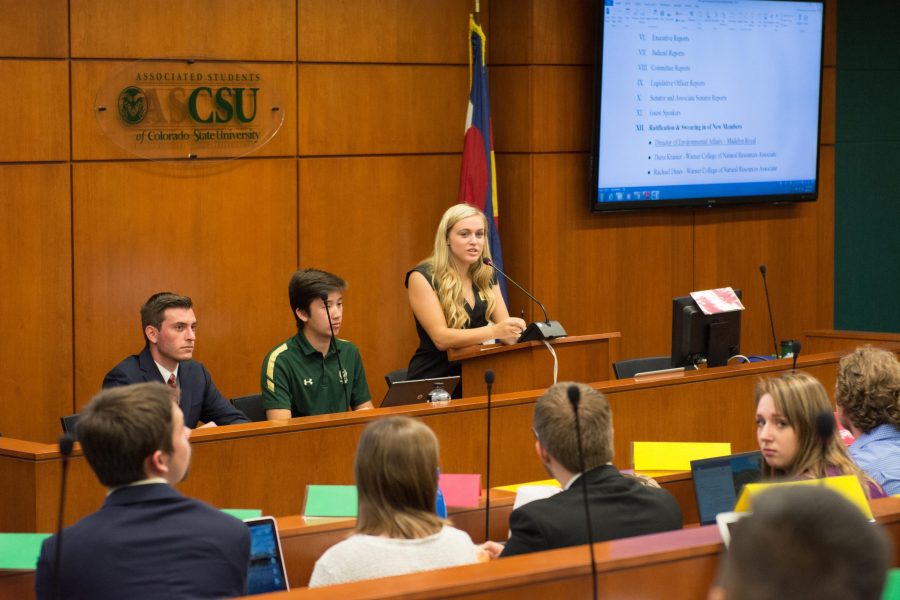 The impeachment against CSU’s student body president was put on hold Wednesday night after the University announced it would conduct its own investigation of President Josh Silva.

Speaker of the Senate Isabel Brown explained to the Associated Students of Colorado State University senate body that the impeachment process would not proceed because the Office of Equal Opportunity started an internal investigation regarding allegations made against Silva.

“I know that there is an expectation that a finalized impeachment petition will be brought before the Senate this evening,” Brown said. “But, it has been brought to ASCSU’s leadership, to our attention, that due to allegations of violations of CSU policy, the University will be conducting its own personal investigation through the Office of Equal Opportunity regarding those allegations, and therefore the impeachment will be put on hold in the Senate until that investigation has been closed.”

At the Sept. 13 senate session, Senator Cerridwyn Nordstrom refiled an impeachment petition against Silva, stating that he was in violation of the ASCSU Constitution, Bill of Rights and Code of Ethics.

Nordstrom initially filed an impeachment petition against Silva during the Aug. 30 session, which stated that Silva was in violation of the ASCSU Constitution and the ASCSU Code of Ethics because he started negotiating contracts with the Wall Street Journal without the consent of the senate body.

However, Nordstrom redacted the petition during last week’s senate session due to the cancellation of the Sept. 6 session. A clause in the ASCSU Constitution requires the impeachment petition be finalized a week after it is brought to senate. Beetween the two petitions, more accusations came forward, including allogations of discrimination.

The most recent impeachment petition stated that Silva was in violation of the following:

Nordstrom did not discuss certain information within the impeachment petition, claiming it would violate law regarding personnel matters.

Chief Justice Brittany Anderson also rendered an opinion of the ASCSU Supreme Court regarding grounds for impeachment in Section 601 of the ASCSU Constitution.

At the request of Senator Connor Cheadle, Anderson rendered an opinion of Section 601 regarding the process to file an internal Code of Ethics complaint. The section required that ethics violations be filed and acted upon by the speaker of the senate in order to be valid for impeachment.

According to Anderson, the ASCSU Supreme Court now considers Section 601 A of the ASCSU Constitution null and void in a unanimous vote.

“All of the court recognizes that the ASCSU Constitution was ratified and voted on by Senate and the student body,” Anderson said. “The court believes that this Section of 601 A gives too much power to the Speaker of the Senate. Also, this version does not provide equal opportunities for members of ASCSU to be heard via the court.”