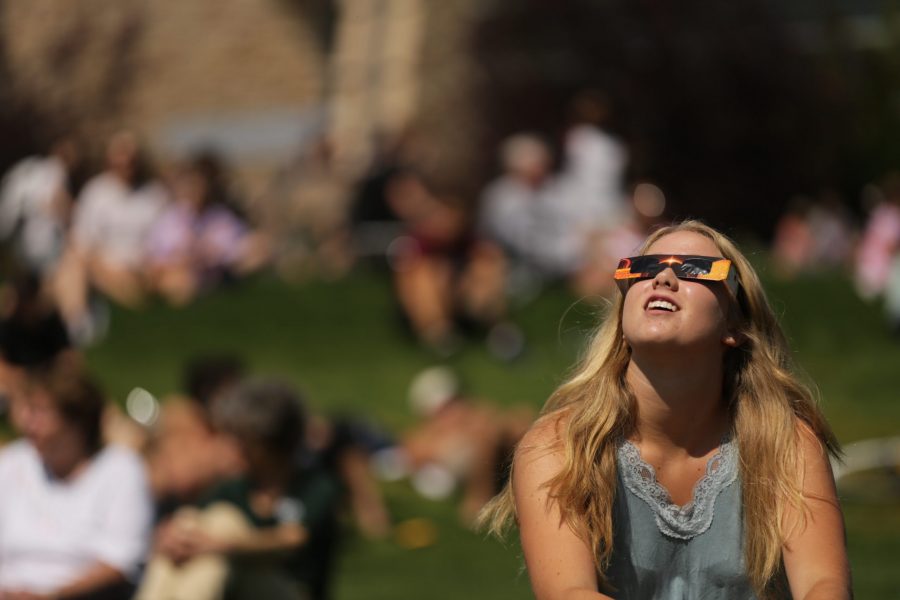 While Colorado State University plans its class schedules years in advance and rarely cancels classes, many faculty members cancelled their Monday classes to allow students the chance to witness the first total solar eclipse in 38 years.

Thousands of students, faculty and community members came together across the Colorado State University campus on Monday to observe and witness the total solar eclipse. Armed with glasses and a place to sit, the CSU and Fort Collins community came together to witness the sun being almost totally blocked out in the sky.

Many students were not in class during the time of the eclipse, and professors from a wide variety of colleges cancelled classes that would have taken place during the apex of the eclipse to give students a chance to witness the event.

Professor Robert Jordan, an instructor from the history department, who planned on viewing the event for himself with everyone else, cancelled his History 350 class that would have taken place at noon so that students would get a chance to view the eclipse. After receiving several emails from students that had prior travel arrangements because of the eclipse, Jordan decided that if  students were already going to be gone from the eclipse, he should give the rest of the class the opportunity to go outside and experience the event.

“The world is very unpredictable,” Jordan said. “One of the lessons of history is that you have to live your life while you can. Who am I to stand in the way of my students enjoyment of this possibly once in a lifetime kind of event?”

Jordan added that he feels that this will be one of the most documented events in human history to date due to the high volume and presence of social media and media attention.

“As a historian, how could I not bare witness to that?” Jordan said.

Jordan was not the only professor to cancel his class for the eclipse.

Professors from the college of agriculture, the department of chemistry, and many other departments and colleges cancelled classes for their students.

Students that had classes cancelled as well as those who did not have class witnessed an almost total eclipse from where Fort Collins is situated.

First year student Thomas Kokron said that he wanted to see if the sky would get totally dark, as his brother in California said that they would not be seeing a total blackout.

Steve Rankin and his family, members of the Fort Collins community, stated that they wanted to try and find a place to view the eclipse, and that being on the CSU campus during it was very cool, as they got to be part of the large crowd viewing.

With the next total eclipse visible from the United Stated not occurring until April 8th, 2024, according to an article published on the CNN website, students, faculty, and community will have to wait another seven years to experience what happened earlier today.

“This is the kind of stuff that history and human experience are built from,” Jordan said. “How could you not want to be a part of the people watching?”