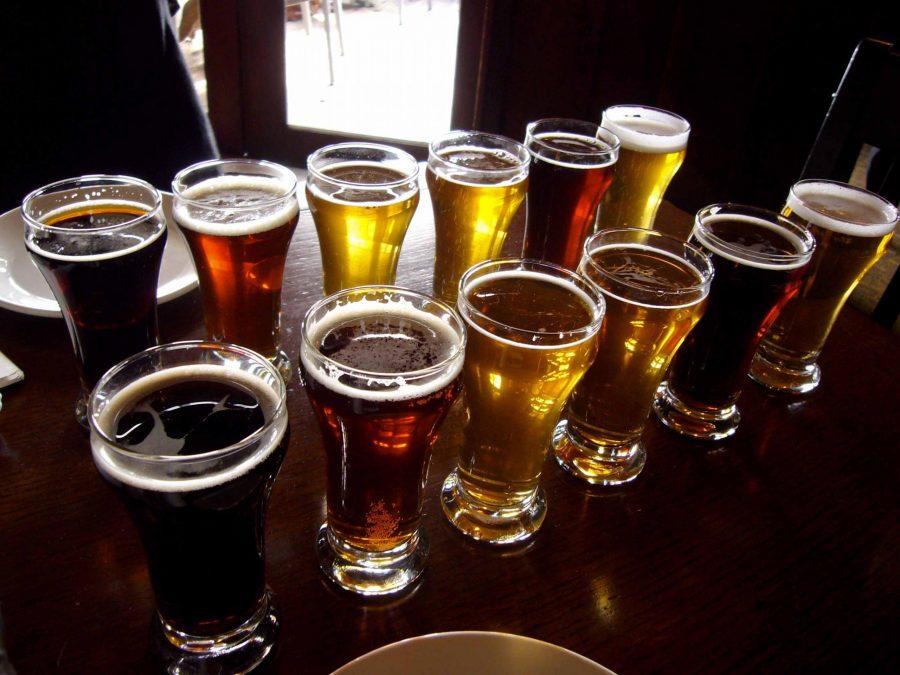 Beer sampling is a great way to try a little taste of everything a brewery has to offer on tap.

The hills are alive with the sound of….beer drinking. Beer has long been a staple of Fort Collins. With an array of breweries in the area, including New Belgium, Odells and Funkwerks, and events like this weekend’s Tour de Fat, the impact on the community and students is huge.

In terms of the culture’s immediate impact, many students have noted that we are surrounded by breweries. However, students also cited the particular ambiance that the beer culture fosters, contributing to the city’s identity.

“It brings a creative and laid back vibe,” said Heather Gill, a fifth-year zoology major at Colorado State University, noting the array of breweries, with their own particular styles.

Beer is good for Fort Collins because of the positive economic benefits and the CSU brewing majors’ easy access to other beer entrepreneurs, Gill said.

With the wide array of beers in Fort Collins, beer serves as a particular point of pride, according to Shannon McPherson, a fourth-year computer science major at CSU.

“Everyone has a favorite,” McPherson said.

According to her, the beer culture in Fort Collins fosters community and commonality.

“This is the first place that I lived that has such a strong beer culture,” McPherson said.

The culture of beer also has a strong impact on the students. This impact manifests itself in many different ways. Students cited the brewing major at CSU as one of the most immediate impacts. The beer culture also shapes student interactions and the social scene, according to Jennifer Wood, a third-year sociology major at CSU.

“It becomes a topic of conversation,” she said, noting that the culture has made beer more “acceptable.”

Beer is a “big social thing that brings people together,” said Shannon Renville, a second-year international studies major at CSU.

According to Adam Deakin, a fourth year majoring in agriculture business/real estate at CSU, the beer in Fort Collins offers an opportunity for “laid back” socializing, as opposed to bouts of PBR-induced drunkenness, in large part due to the expensiveness of local microbrews.

While the majority of the opinions expressed about the beer scene were positive, there were some issues of concern as well.

“I wonder how many breweries Fort Collins can take on,” Deakin said, noting the possibility of cannibalization as breweries continued to open in Fort Collins.

With the variety of beers comes a myriad of tastes, students had their own unique sensibilities that ran the gamut. Wood, a fan of Odells IPA noted that it is “just an easy go-to” and “smooth.” Gill, a Funkwerks aficionado, cited her fondness for fruit beers. Deakin was fond of Odells Easy Street, noting that it is a “lighter beer.” Whatever the taste, there seemed to be something for everyone.

In Fort Collins, beer is more than the simple act of drinking. When one thinks of beer drinking, one might imagine bar fights and overturned jukeboxes, but in Fort Collins beer takes on a new form entirely. Beer brings people together, fosters community and offers possibilities for exploration and innovation. In an era of polarization and conflict and alienation, that speaks volumes.