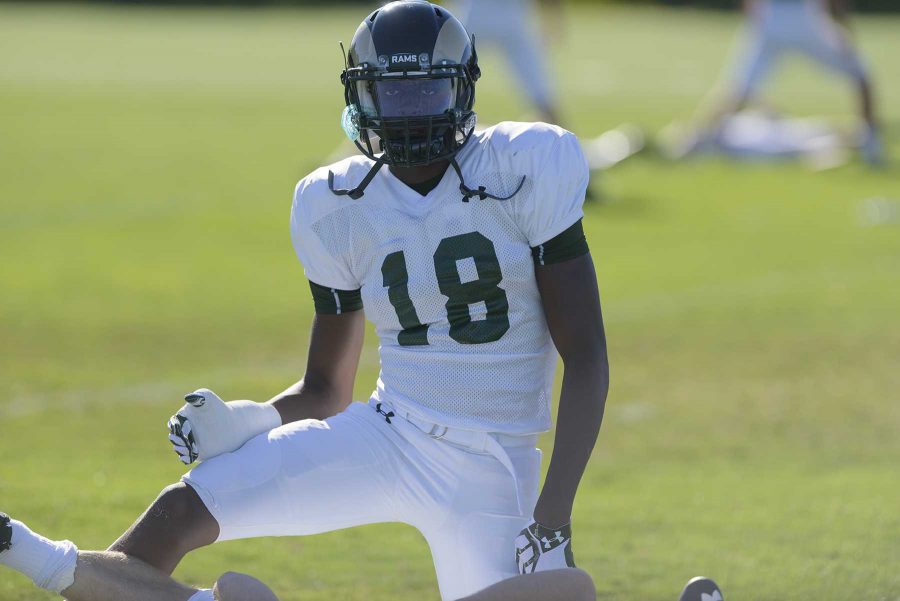 Colorado State’s Braylin Scott is likely to miss the entire 2017 season due to an ongoing court case from his arrest in May, according to a report from Sam Lounsberry of the Reporter-Herald.

On Monday, Scott entered a not guilty plea to felony theft and burglary charges stemming from an incident in May with then-teammate Hunter Donnelly. The jury trial is set to begin on Dec. 19, a full month after the Rams’ final regular season game against San Jose State on Nov. 18. Erik Fischer, Scott’s attorney, said in an interview that his client will remain suspended throughout the trial.

Scott was arrested on May 10 in regards to a report of stolen jewelry from Donnelly’s dorm room in Alpine Hall on Colorado State’s campus. According to court reports, Scott was accused of stealing thousands of dollars worth of Rolex watches and diamond bracelets.

After Donnelly reported the items stolen, which totaled an estimated cost of $48,000, he noticed the watches for sale on Craigslist, at which point the CSU Police Department anonymously arranged to buy them from the seller. According to officer Torrey Cleveland, Scott was holding two watches that matched Donnelly’s description when he arrived at the agreed upon destination. Consequently, officers found bracelets that matched Donnelly’s description in Scott’s car.

Last season, Scott was one of the Rams’ starting safeties, leading the team with three interceptions and finishing seventh in tackles with 39.

Collegian sports editor Colin Barnard can be reached by email at sports@collegian.com or on Twitter at @ColinBarnard_.