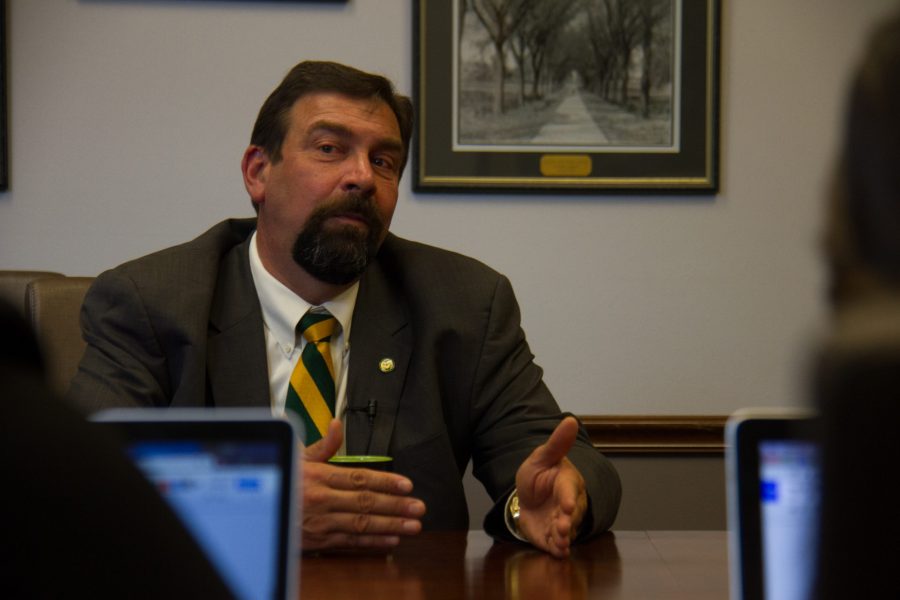 After a fake noose was hung in a residence hall on Colorado State University’s campus, the student targeted by the incident had a message for University President Tony Frank: “You have to make that known.”

Almost two weeks after a group of resident assistants found the fake noose, Frank sent a campus-wide email Thursday afternoon informing CSU students, faculty and staff that a noose made out of crepe paper was found in a residence hall, saying: “I welcome your thoughts on this, and I will listen.”

Frank praised outreach by the Residence Life staff and noted the steps he and Vice President of Student Affairs Blanche Hughes took immediately after the incident in addressing Newsome Hall directly.

However, Frank noted that the response is not enough to prevent future bias-motivated incidents.

“This sort of after-the-fact response, while important, doesn’t change the reality that the impact on students, particularly students of color, was serious,” Frank wrote.

The paper noose was found in Newsom Hall on Aug. 19 hanging from the stairwell in front of the entrance to resident assistant Elijah Thomas’ floor. Thomas is the only Black or African-American resident on his floor.

Thomas took a video of the noose and posted it on Facebook. In the days that followed, Colorado State University responded with emails, meetings and statements. A police investigation was opened, but has since been suspended after no leads were found.

“If you are able to assist, I am asking you to do so,” Frank wrote. “… I ask that you take time to reflect on this matter and what we, as a University, can do to care for each other.”

The noose can be considered a bias-motivated incident– an incident against a person that is motivated in whole or in part by the offender’s bias against perceived or actual race, according to Residence Hall policies and procedures.

“A noose, no matter what it’s made from, is always a symbol of violence and terror,” wrote Tony Frank in the campus-wide email.