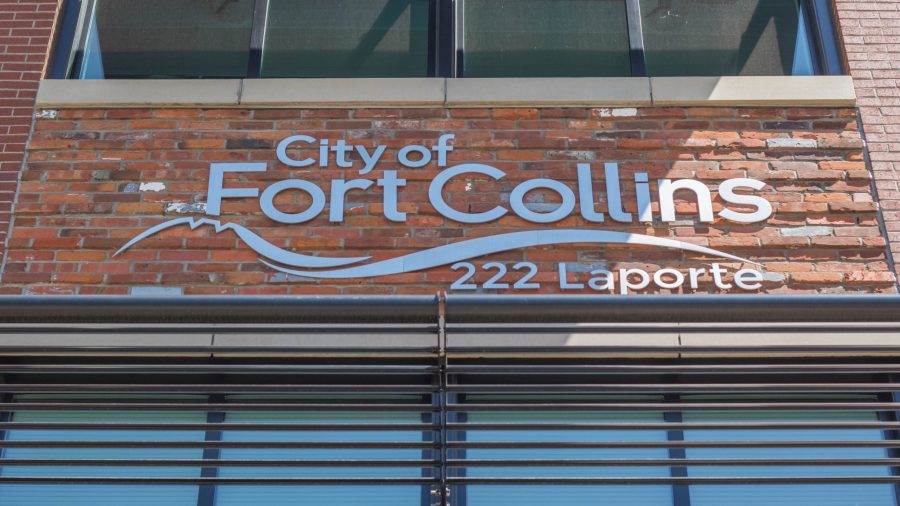 The Fort Collins Government has achieved a green house gas reduction by 21 percent compared to 2005 levels by 2017, achieving the first step to their climate action plan three years early. Fort Collins as a community has cut 17 perfect of greenhouse gas emissions by 2017, and the government is looking to the community to develop more ways to reduce their carbon footprint. (Collegian File Photo)

Rachel Telljohn
One of the most sustainable buildings in the country was unveiled in Fort Collins this past month.

Nearly 200 people attended the open house, according to Jen Schill, one of the building’s project managers from Colorado State University.

Schill wrote in an email to the Collegian that numbers that high are unprecedented for such events.

The building is the first in Colorado to be awarded a LEED Platinum v4 cerfitication for a new construction project.

CSU’s Institute for the Built Environment worked closely with the City in order to help achieve the rating. Student interns helped with the project, according to Schill, adding to the 75 interns who have been mentored in sustainability and the built environment through the University.

There are only three other buildings in the nation with the same rating, according to an article published on the City’s website.

The rating, LEED Platinum v4, stands for Leadership in Energy and Environmental Design, and v4 is, simply, version four.

This particular rating is unique, and only among the fourth in the country, because it was a rating given for a new construction project. The City and the University planned for the building to be constructed with all of the LEED parameters in mind, rather than applying for the certification after the project was finished or already built.

Buildings at Colorado State boast different levels of LEED ratings and certifications. Among them is the Pavilion at Laurel Village, which has a LEED Platinum rating. The rating was awarded in 2015 after the building’s completion in the fall of 2014.

For buildings to become LEED certified, there are required prerequisites. Once a building meets those, there are then optional credit levels, which count towards a building’s LEED rating, such as silver, gold, or platinum, according to the website for the United States Green Building Council. Credits can be earned for things such as bicycle facilities or outdoor and indoor water use reduction.

Benefits of achieving v4 include a better evaluation of the water usage and efficiency of the Utilities building, as well as a broader focus on the materials used in the building design in terms of their impact on human health and the environment, according to the U.S. GBC.

Other LEED buildings at CSU include the Transit Center and the Behavioral Sciences Building, which are both ranked LEED gold.

The University itself was awarded its second STARS platinum rating this past spring, or Sustainability Tracking, Assessment and Rating System. Fort Collins is often ranked as a green city by association, because the University is ranked as one of the nation’s top sustainable universities.