The Rocky Mountain Collegian • May 2, 2017 • https://collegian.com/articles/news/2017/05/professor-john-straayer-retires-from-internship-program-after-37-years/ 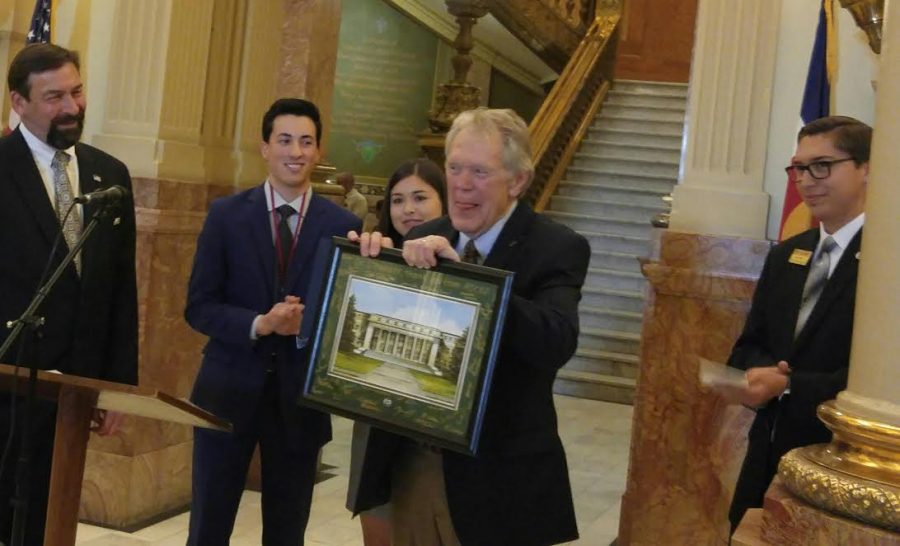 Political science Professor John Straayer is leaving his prominent legislative internship program after serving as its head for 37 years.

Straayer has taught at Colorado State University for 50 years, starting his career at CSU during the summer of 1967.

During his time in the classroom, he  taught 11 different courses to a wide variety of students, including Colorado Republican Sen. Cory Gardner and former Gov. Bill Ritter.

Straayer is most well known for his operation of the legislative internship program, a program where selected juniors and seniors travel to the State Capitol each Tuesday and Thursday throughout the spring semester and functions as interns for individual House and Senate members, and occasionally for lobbyists.

As the operator of the internship program, Straayer identified legislators who were willing to have student interns, who selected the interns themselves and then joined them from time to time to check in on students. After leaving his chairman position, he began to drive down with the interns to join them at the Capitol.

To help students with the internship, Straayer wrote the book “The Colorado General Assembly,” since there was no book to assign to students that talked about Colorado’s legislative system.

Straayer was honored at the State Capitol on April 26 because of the internship program he operated for 37 years. Straayer said the honor was a surprise to him because he first read about it in The Denver Post.

“It was awfully nice, (and) it was very much appreciated,” Straayer said. “I’ll miss a lot of friends down there.”

As a professor, Straayer has made a large impact on many of the students that he has had, some of whom are members of the Associated Students of Colorado State University.

Cole Wise, Officer of Governmental Affairs for ASCSU, is currently enrolled in his legislative politics class, saying that two words that describe Straayer are genuine and dedicated.

“No matter what mood he is in, no matter if it’s a good day or a bad day, he will always be passionate about what he’s teaching,” Wise said. “The smile on his face when he talks about Colorado politics is something that ignites my interest.”

Wise added that he has learned from Straayer that if you are passionate about something, you can do it for a lifetime.

Josh Silva, the ASCSU President Elect, is also enrolled in Straayer’s legislative politics class and is a member of the internship program.

“He loves what he does, and he does what he loves,” Silva said.

Silva also said that Straayer has not only sparked his interest in Colorado politics, but has also taught him to be true to himself and never take a connection for granted, adding a congratulations to Straayer for a rich career.

“If you want to have an extraordinarily enjoyable life, spend as much time as you can with young college students,” Straayer said. “Just looking at their academic records and having them in class does not tell (you) the full story about what a student is like. When you spend more time with them, you get another full picture of their personality and their potential.”

While Straayer has retired from the internship program, handing it to Professor Robert Duffy, he is still set to teach in the fall semester with a full retirement hopeful in the near future.

“It’s a little bitter sweet simply because the best times for me have been interacting with these interns. I will miss them. They are all my kids,” Straayer said. “I’ve had a fantastic career at this place.”