The Rocky Mountain Collegian • May 1, 2017 • https://collegian.com/articles/news/2017/05/heated-climate-rally-discusses-climate-change-locally-internationally/ 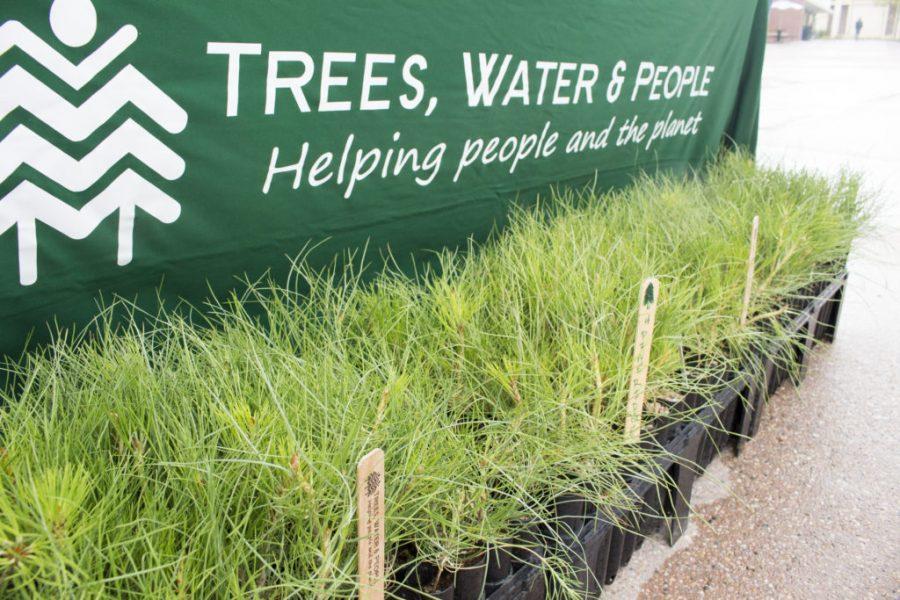 The Trees, Water & People organization will be bringing these young Ponderosa Pines, grown in CSU's Warner College of Natural Resources, up to the Pine Ridge Reservation in South Dakota to be planted this Monday. (Brooke Buchan | Collegian)

While Friday afternoon was filled with snow and slush, the climate change action rally, “Heated,” sparked conversation. The event discussed topics such as renewable energy, overpopulation and air quality in the Event Center at Colorado State University’s Morgan Library.

The event was organized by Haley Dallas, senior agricultural and resource economics major, and Alexandra Stettner, senior political science major. One of the goals of the event was getting more students involved in the movement against climate change.

“We were going to rallies and demonstrations around Fort Collins and realized there were no young people there,” Dallas said. “We decided to change that.”

Environmental justice, as defined by the EPA, is “fair treatment and meaningful involvement of all people regardless of race, color, national origin, or income, with respect to the development, implementation, and enforcement of environmental laws, regulations, and policies.”

Malin said that poor and minority communities are at a greater risk of being exposed to environmental hazards due to a lack of environmental justice.

In conjunction with exposure to environmental hazards, Malin discussed Colorado’s 2016 Supreme Court decision which prohibits local governments from banning fracking in their communities.

“Essentially, our state supreme court said there is no seat at the table for communities,” Malin said.

In terms of air quality, Fort Collins is ranked number 15 for highest ozone scores in the nation and Denver is number 11 in the 2017 State of the Air report. According to the Denver Post, both Denver and Fort Collins’ ratings have improved from last year, placing 8th and 10th respectively.

Through working with students, Malin said she sees students’ frustration with climate change and the way it is being handled by older adults in power.

“We owe it to our college students and our young children to be aware of these climate issues and not keep our heads in the sand anymore,” Malin said.

Ratcliff said that it is estimated there will be over 9 billion people in 2050 based on the United Nations’ estimate.

“The Global Gag Rule is a United States government policy that blocks all federal funding for healthcare organizations internationally that even mention the word abortion,” Ratcliff said.

As a result, Ratcliff said that people internationally will lose access to important medical screenings for cancer and tuberculosis, as well as access to modern contraceptives.

“Washington has never really been the leader either globally or nationally on taking action on climate change,” Betsill said. “… There are so many ways to get engaged and I don’t want anyone to get disheartened just because we have open hostility in Washington. There are so many other lever points that you can get involved in.”

Collegian news reporter Nicole Towne can be reached at news@collegian.com or on Twitter @nicole_towne21.