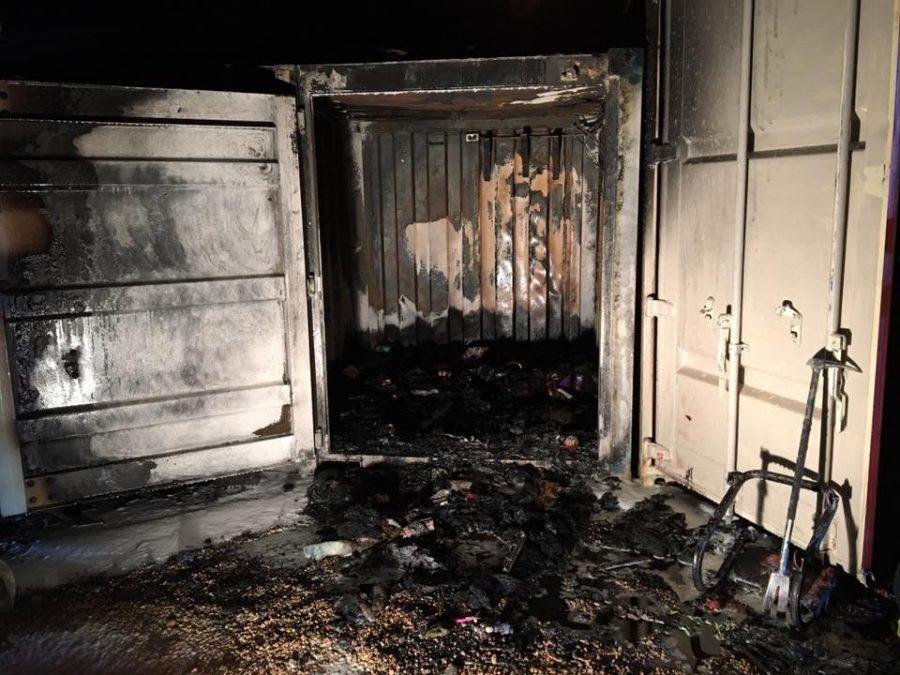 Poudre Fire Authority firefighters extinguished a fire that burned inside of a storage container on Monday night, according to a statement released by the PFA.

According to the statement, at 7:31 p.m., 9-1-1 dispatchers received a call reporting a fire near a strip mall located on the west side of north College Avenue.

There, firefighters found a storage container fully enveloped in flames just west of the strip mall.

Just minutes later, firefighters had the fire under control, preventing any significant damage to the seven-unit strip mall. A couple of units within the strip mall maintained minor smoke and fire damage.

The cause and origin of the fire remains under investigation. More details will be released as the PFA provides more information upon further investigation of the site.

Collegian news reporter Piper Davis can be reached at news@collegian.com or on Twitter @PiperlDavis.