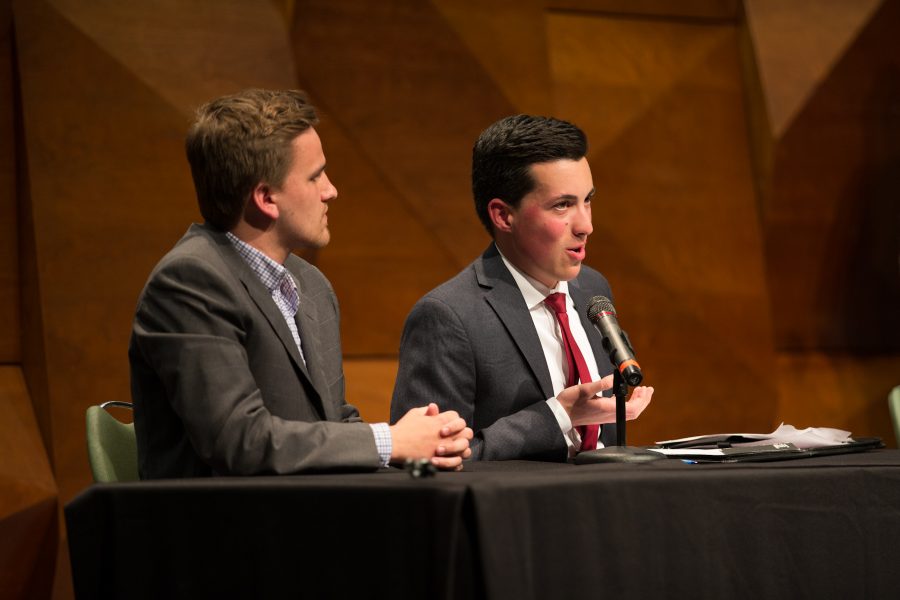 As the campaign season for the next Associate Students of Colorado State University president and vice president comes down to the last day two of the four campaigns have had reports filed against them for violating the ASCSU Elections Code.

A report was filed against Silva-Wells campaign around 6:30 p.m. on Tuesday by current ASCSU vice president Mike Lensky. Several incident reports were filed against the Morton-Rosenthal campaign on Monday morning.

Lensky wrote in his incident report that Josh Silva and Michael Wells used the official ASCSU logo for a promotional video posted to the campaign’s Instagram account.

The ASCSU Elections Code and Referenda prohibits campaigns from using the official ASCSU logo and any ASCSU material under Article IX Section E. The rule was put in place to prevent confusing members of the student body as to whether a candidate is campaigning for the presidency or performing the duties of the office a candidate holds in ASCSU.

Changes to the Elections Code were discussed at the ASCSU Senate meeting on Feb. 22. The change to the code would allow candidates to state that they are campaigning for the ASCSU presidency, but they would still be prohibited from using the official ASCSU logo or using their current position within ASCSU to gain votes.

Christina Vessa, the campaign manager for Silva-Wells, said the campaign was not worried about using the ASCSU logo in their video because it was a video shot of the ASCSU sticker on the window of the senate chambers and most students walk past it everyday.

In a statement to the Collegian Wells wrote that it was good that the report was filed.

“… Every campaign should be held accountable for anything that happens,” Wells wrote. “This is something that I was glad was brought to our attention.”
Wells wrote that he did not think the campaign would be impacted by the report because the campaign wants to correct the incident.
“This will not have an impact on our campaign because it is something that we want to rectify and make sure is corrected,” Wells wrote. “We want to be in compliance with the elections code. We just want to make sure we are held accountable for anything that may have happened.”
Collegian reporter Haley Candelario can be reached at news@collegian.com or on Twitter @H_Candelario98.
Delete Image
Align Left
Align Center
Align Right
Align Left
Align Center
Delete Heading