Ram statue moved from outside of library, ending humorous tradition 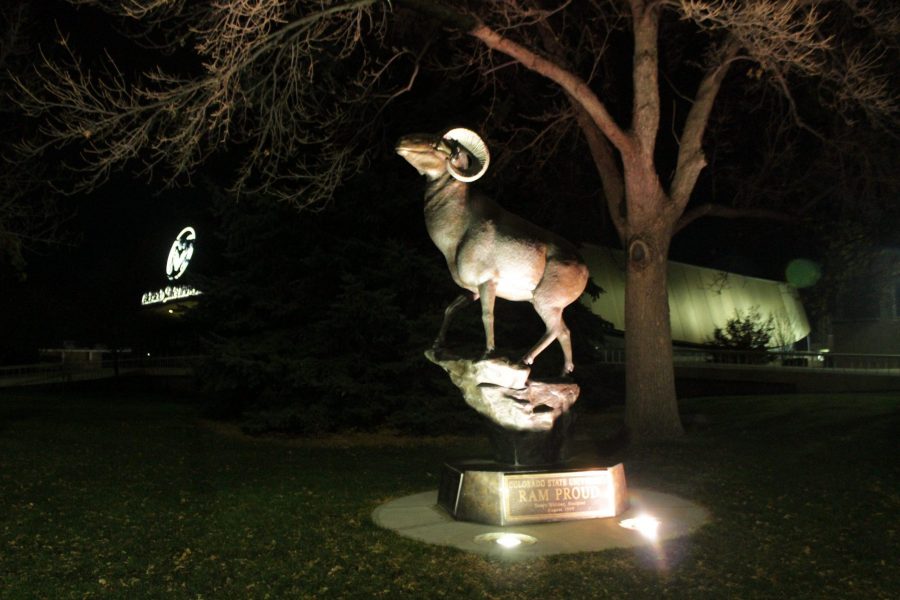 A statue of the stalwart Ram stands tall in the night light.

Recent construction on campus has caused the relocation of the ram statue outside of Morgan Library.

The statue will be moved to the south-east corner of campus outside of the new Health and Medical Center. It will serve as a prominent gateway as visitors enter campus from College Avenue, wrote Fred Haberecht, the campus’ Assistant Director of Facilities Management in an email to the Collegian.

Haberecht wrote that the statue was created in 2002 and, since then, has moved three different times due to new ideas of placement where it best visually represents the school.

With nothing outside of the new Health and Medical Center to represent the school besides a sign, Haberecht wrote he believes that the statue has finally found its permanent home.

“The statue will take on the important job of announcing that one is entering Ram Country, and serving as a gateway statue that welcomes students, faculty, staff and visitors to the university,” Haberecht wrote.

The statue, notorious for having a rear end pointing south-west towards the rival university, University of Colorado-Boulder, will now be a fixture in the landscape on the corner of Prospect Road and College Avenue at the new Health and Medical center site, ending its humorous legacy.

A list of “70 Things to do Before You Graduate” can be found in the ASCSU handbook and planner and “have your picture taken with all of the ram statues on campus” is listed as number 46.

Another ram statue, titled “Rocky Mountain Rumble,” was recently created for the entrance of the new on-campus stadium. The bronze monument depicting two rams with interlocked horns will be hoisted up onto two columns to create a noticeable entryway to welcome guests into the new stadium.

Haberect wrote that there is currently no definite plan to replace the statue outside of Morgan Library.