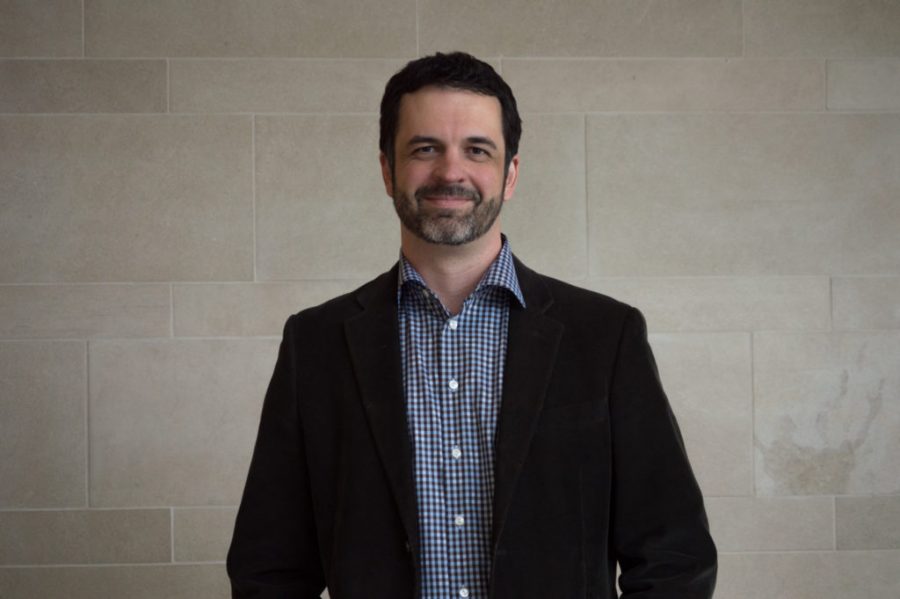 Robert Jordan won the Ann Gill Excellence in Teaching Award this year. He is a professor in the History Department at Colorado State University. (Olive Ancell | Collegian)

Robert Jordan, a history professor at Colorado State University and a self-identified goofball and dungeon master is this year’s recipient of the Ann Gill Excellence in Teaching Award.

“This award recognizes faculty members who are instrumental in students becoming life-long learners, critical and creative thinkers, outstanding communicators and performers, and engaged and caring citizens of their various communities,” according to Source.

Junior history major Emma Sloniker said Jordan has unapologetic enthusiasm when it comes to bringing history to the classroom.

“He’s definitely dedicated to his students, passionate about what he’s teaching and enthusiastic,” Sloniker said.

Jordan is not afraid to be a “goofball,” which he called himself in an interview with the Collegian.

“He doesn’t hesitate to make a fool of himself sometimes if it helps to make a point or connect with his students,” Sloniker said.

Jordan said he thinks of himself as someone who loves learning about the human experience.

“I am a historian, but I think I am also a humanist,” Jordan said. “…I hope that students can embrace that spirit of experimentation and treating the classroom like a laboratory for pushing the boundaries for what we think of as history, or the ways we explore history, to really push it into the 21st century.”

In CSU’s History Department, Jordan is known for creating immersive learning experiences through role playing. Students in his class will often have to play the role of a specific person from history.

Jordan said that students have positively responded to this interactive learning experience and that it provides learning opportunities that a typical assignment could not create.

“Every week on Friday my class goes from learning about technology and doing training to becoming a bunch of nerdy historical figures trying to kill each other,” Jordan said. “I’m like the dungeon master who runs the whole thing. It’s quite something.”

As much as Jordan values engaging his students and teaching them about history, he said he equally values getting to know his students personally and helping them succeed.

“He wants them to be successful,” wrote fellow history professor Tracy Brady in an email to the Collegian. “It doesn’t matter if the person is a grad student or a little boy doing a small project for school, Robert gives them both his complete attention. There is often a line of eager students waiting for him to arrive for office hours.”

Jordan said he wants to be a supportive resource for his students and tries to break down the wall between students and professors.