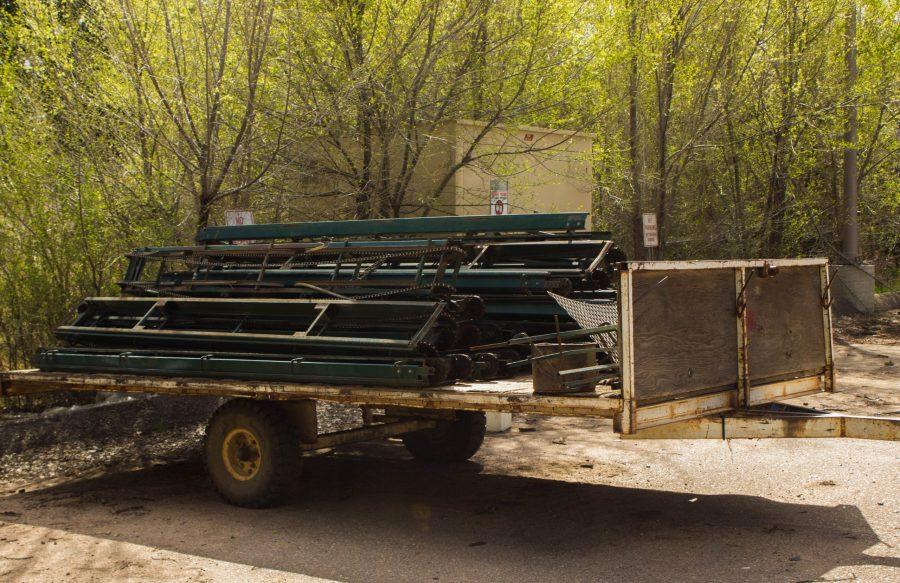 CSFS was using the old conveyor system to sow seeds at the nursery located by the CSU foothills campus. Novotny said the old system had parts breaking constantly, putting work behind by multiple days at a time.

Joshua Stolz, manager of the CSFS nursery, said the project began as an endeavor to find a cost-effective way to replace aged parts of the conveyor system. Novotny said once the CSU students arrived, however, they saw a larger problem that needed to be addressed.

“After several iterations of discussions we decided to get away from that and solve a bigger problem they didn’t even know they had,” Novotny said.

According to Mackes and Novotny the monorail saved the CSFS both money and time. The old system cost them around $70,000. Now, with the $8,500 budget of building the new system, the monorail costs CSFS $3,500. Stolz said he is pleased with the results of the project.

“This time it was a no-brainer to go to the engineering department,” Stolz said. “It’s exceeding all of my expectations and hopes for a replacement. I’m pleased with what these guys came up with and how it improved our business from day one.”

The team looked at another greenhouse in Fort Collins for inspiration, Beach said.

“(We) saw how they did things and came up with our plan on how to actually achieve (CSFS’s) goal,” Beach said.

The team decided on a monorail system that uses carts and functions as a manual trolley system to transport seeds. They had a goal of less moving parts and were able to reduce the number from thousands to approximately four, according to Novotny and Mackes.

Mackes said the team ran into a few complications. They had to rebuild the hopper system because it was integrated with the conveyor belt as well as collaborate with CSU facilities. Since structural engineering was not the specialty of the team they worked with facilities’ structural engineers.

“The other big issue was safety on the machine and what we built was a lot safer to the user,” Mackes said.

Castillo was specifically excited about the interaction between the local community and CSU as well as the hands-on experience.

“We used what we’ve learned in our classes. We could look at one part and think, ‘that comes from chapter 5.2 and this comes from 11.8,” Castillo said. “It grows intuition and the community benefits because we can give this to the community for less money and because it’s going to be there for a long time.

Castillo expressed a desire to see more hands-on projects between CSU students and the local area because of the educational experience and the community benefit.

Novotny said their senior project was one that had an impact.

“A lot of senior design teams build something and then it goes in the trash because it’s a competition,” Novotny said. “What we did is likely the largest senior project ever completed at CSU. We did it for a tight budget and it actually affects people from day one.”