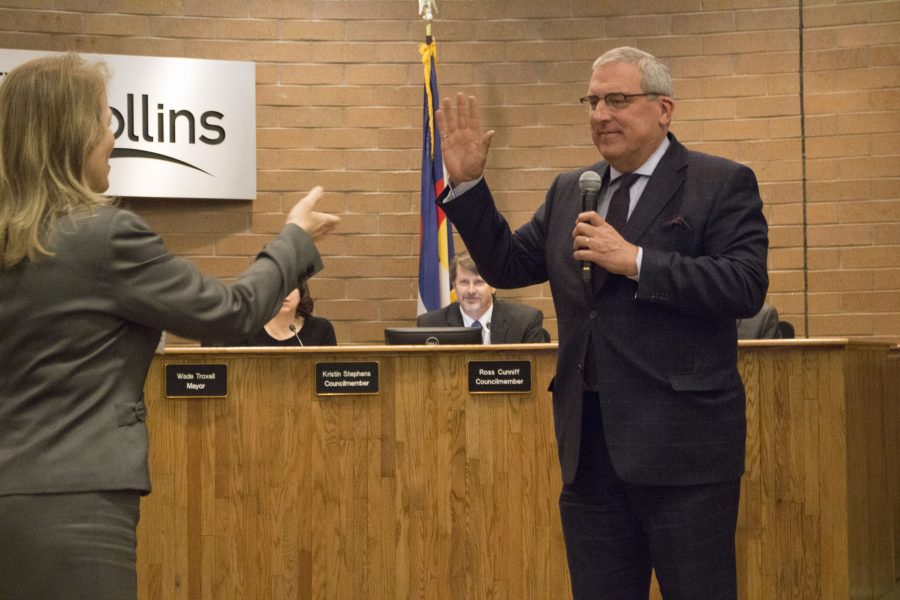 District 6 representative Gerry Horak was also elected as Mayor Pro Tempore, whose duty is to fulfill the mayor’s duties if the mayor can no longer fulfill the role.

Mayor Troxell then introduced a resolution thanking Campana for his work on City Council. The new council passed the resolution unanimously.

Campana worked as a liaison with numerous organizations within the city, including the City/Colorado State University Leadership Committee. Campana also was instrumental in implementing the “It’s on Us” campaign, which tackles sexual assault awareness in Fort Collins and at Colorado State University. Campana was given the opportunity to address the council for a final time.

“It looks fairly easy when you look at it from home, but once you step into the role, it gets quite different,” Campana said. “I’ve always had the utmost respect for my coaches … and it’s out of respect for the time and effort they put into this community. My thinking has evolved and I think every council member deserves ‘council member’ before their name.”

Campana’s speech to the council took a heartfelt note as he thanked his colleagues and family for the opportunity to serve on the council.

“I won’t forget the experience. I want to thank my wife and children for allowing me to miss those special times, but it was worth it,” Campana said as he stifled a few tears. “I’ve learned a lot, and I hope to continue to pass that on to people.”

Between now and early May, interim appointments will be made on the boards that Campana sat on, which include the Legislative Review Committee, Ethics Review Board and the Futures Committee.