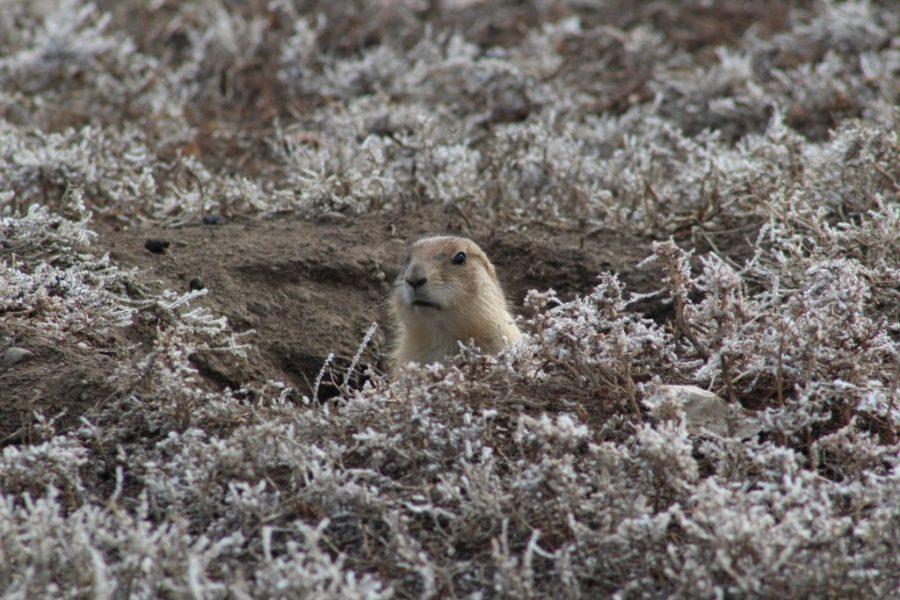 A prairie dog colony of roughly 250 were euthanized in early March by Larimer County in order to build a new county building. (Collegian file photo)

Larimer County has begun the

controversial process of building a new county building in Loveland that has eliminated a prairie dog colony.

The county building will be located on the corner of East 1st Street and Denver Avenue in the City of Loveland. The prairie dog colony of roughly 250 lived on that plot of land, and the County was faced with removing the animals.

Early March, the County began using a lethal method to remove the prairie dogs after months of relocation discussion.

Northern Colorado Prairie Dog Advocates (NCPDA) worked with both the Prairie Dog Coalition of the Humane Society of the United States and the County to make an attempt to relocate the prairie dogs. The two groups spoke at public meetings with the City of Loveland Planning Commission, the Open Lands Advisory Board and the Larimer County Commissioners.

The County had a strict deadline with the contractor to begin building, and so the advocates had a narrow window of time to find a new home for the animals.

“(The County Open Lands) have a long standing policy of not relocating prairie dogs on our open spaces because they have a tendency to leave the property and populate neighboring properties,” wrote Steve Johnson, the Larimer County Commissioner, in an email to the Collegian.

The County asked the advocates to find private landowners who would take the colony onto their land.

“We were willing to pay them to move the animals to a suitable habitat if they could find a place,” Johnson wrote. “They could not.”

The NCPDA approached suitable property owners within the County as to whether or not they would take the prairie dogs onto their land, but could not find any who were willing.

“When we were unsuccessful in trying to find private land, (the county) declined to do anything else and moved forward to kill the colony,” wrote Ashley Waddell, a representative for the NCPDA  an email to the Collegian.

Waddell wrote that she is disappointed with the outcome.

“I feel such a connection to this place and our wildlife, and it breaks my heart to know that our public servants don’t share these Colorado values,” Waddell wrote.

Noelle Guernsey, a representative of the Prairie Dog Coalition, says the group is similarly disappointed.

“Unfortunately, the responsibility of securing land for a release site was put on local citizens, whereas it would have been great to see the County working proactively to provide or help secure a release site for their wildlife on their land,” Guernsey wrote in an email to the Collegian.

“For just a bit more we could have moved them and allowed them to thrive, helping so many other wildlife species in the process,” Waddell wrote.

Both groups of advocates preferred that prairie dogs be relocated rather than euthanized because of their ecological benefit.

Waddell emphasized the recently reintroduced black-footed ferret population to the Soapstone Prairie as a reason to keep prairie dogs thriving.

“What many people don’t realize is that the ferrets are endangered in the first place because of prairie dogs being killed,” Waddell wrote. “A ferret’s diet is over 90 percent prairie dogs, so in order to ensure the success of this recovering species, we need to continue to save prairie dogs too.”

Guernsey mentioned that the citizens in Colorado are worried about the future of prairie dogs across the state.

“We receive weekly, often daily, calls and emails from concerned citizens throughout the prairie dog range that are watching colonies disappear from the landscape, including concerns about this colony,” Guernsey wrote.

Collegian reporter Jym Cox can be reached at news@collegian.com or on Twitter @jym2233.