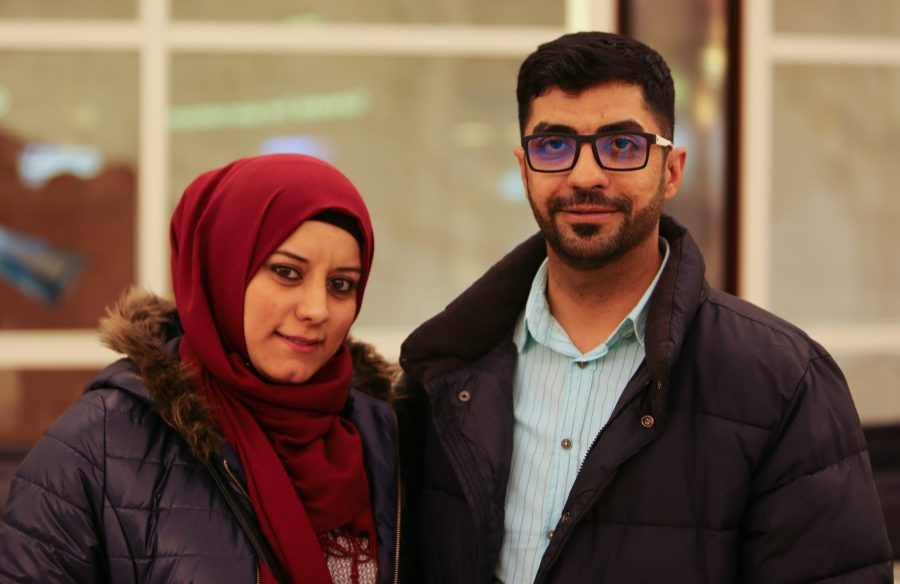 CSU student Saddam Qahtan Waheed and his wife return to Colorado after their travel plans were interrupted by the travel ban. (Davis Bonner | Collegian)

After CSU Ph.D. candidate Saddam Waheed got off his third plane at Denver International Airport after 40 hours of travel, his first words to describe the last two months were: “it was like Mission Impossible.”

Waheed, who is studying hydrology engineering at CSU, found himself barred from the United States after traveling home to Iraq on a family trip in late January. President Donald Trump’s travel ban by executive order temporarily barred green card or visa holders from entering the U.S. if they were coming from one of seven Muslim nations – Iraq included.

In the weeks following the executive order Waheed said every new action taken by the President was like a bullet, but every fight against it was like a breath of fresh air.

“The court that stopped the first executive order … refreshed my life,” Waheed said.

However, even after the federal court put a restraining order on the ban Feb. 4, Waheed was still barred from the U.S. due to documentation issues with his and his wife’s visas.

First, Waheed said the embassy lost his wife’s DS-2019 form, the basic document used in the administration of the exchange visitor program. Then he said she was issued the incorrect visa, a J1 instead of a J2, so he had to send it back. Finally Waheed’s visa was issued with a misspelling in his last name, so he had to send back his own for a correction.

While Waheed was working to correct his visas during the restraining order, the President’s office was working to reinstate the travel ban. When news broke that President Trump intended to issue a new executive order soon, Waheed said it was like a second bullet.

“(The news of the second order) was even harder than the first one,” Waheed said. “So, we both could not sleep well after that night.”

But Waheed woke up one morning to good news: his father told him that he heard that the new order was unlikely to include Iraq. And, after several weeks of trial and error with the embassy, Waheed finally obtained visas for himself and his new wife, Maryam Alobaidy.

“(When we got the visas) I felt like a dream existed now,” Waheed said. “I felt alive from the dead.”

Though Waheed was able to gain entry back into the United States to finish his degree, he said he would not return to see his family until after graduation – he does not want to risk it.

“I don’t advise any Iraqi students here to do what I did, because it is hard,” Waheed said. “(But) I don’t regret going back home, because seeing (my) parents is invaluable.”

Waheed said he was excited to bring his wife to the United States and that it was a dream for her to come here. He said he wants to show her the people – the people who supported him while he was barred from the U.S.

“The people in Colorado are really great,” Waheed said. “When the first executive order (was issued), tons of people contacted me. I didn’t know I was important for them. But that made me happy and so I want to make her see all of that.”