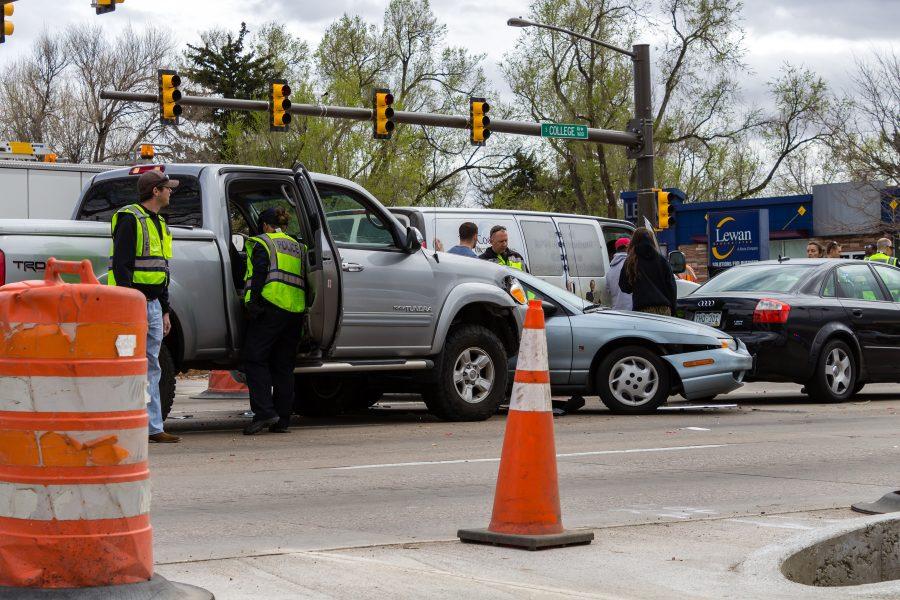 An accident at the intersection of College Avenue and Prospect Road interfered with traffic in the area for at least an hour on Sunday afternoon.

At around 2 p.m., a grey Toyota Tundra pickup truck was recklessly driving south on College Avenue, said Sergeant Dean Cunningham, when it collided with a blue Saturn, resulting in a four-car collision.

The Toyota had been involved in an incident downtown, according to Cunningham, and had taken off from that, which resulted in the collision.

The Toyota and Saturn were towed away due to their damage while the other two vehicles were able to drive away on their own with minor damage.

The crash had an impact on traffic in the area.

“We had to close (South College) down to one lane going through,” Cunningham said. “The benefit was (Prospect) westbound was closed, otherwise it could’ve been worse.”