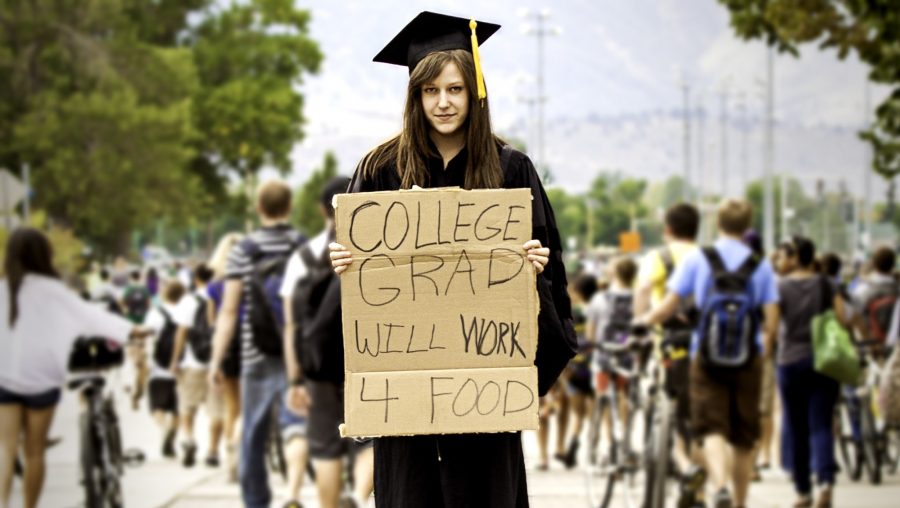 In the past five years 20,000 jobs have been added to the Fort Collins-Loveland area with a shortage of workers to fill them, but this fact may not help soon-to-be graduates.

A report written by TIP Strategies of Austin, Texas states that over the next decade an estimated 28,000 openings will need to be filled, coming as a result of 22 percent of the local workforce preparing to retire.

The report states that the situation is challenging for employers because as overqualified workers look for better opportunities, turnover related to underemployment is costly. Therefore some employers may become reluctant to hire over-qualified candidates.

Over the long-term this has the possibility to damage the economic health of Larimer County.

“The restaurant industry provides a first job for many employees and unfortunately comes with a high turnover rate, which initially means hiring more people than you think you need because some will quit before they finish training,” said Nate Bok, a manager of Zquila Mexican restaurant in southeast Fort Collins. “Good employees are significantly harder to find now than it was several years ago.”

Bok said that, after moving from Old Town, their present location on the southeast side of town has attracted far less students and now caters to a more family-oriented clientele.

Most jobs that contribute to the shortage are low-skilled positions, typically retail or waiter/waitress types.

The City of Fort Collins reports that only 23 percent of jobs in Larimer county require a bachelor’s degree.

“Given that most of the fastest growing jobs do not require a bachelor’s degree, CSU graduates may be affected in the same way as the general population,” said Barbara Richardson, Senior Associate Director of Assessment and Strategic Initiatives at the CSU Career Center. “… If students want to stay here, they may take a job for which they’re overqualified.”

According to Colorado State University’s First Destination Report, within the last three years approximately 30 percent of the respondents that gain employment stay in Fort Collins.

“If there is increased job potential, I would definitely consider sticking around Fort Collins,” said Jenn Dorcey, a Computer Science senior from Loveland. “There’s always a desire to go somewhere new, but if a good job presented itself here not having to relocate would be nice.”

Jensen Morgan, a graduate student in the Greenhouse Gas Management and Accounting program, said that given his specialized degree it is easier to find work in some states more than others, Colorado being one of them.

The Fort Collins-Loveland region’s senior citizen population will increase more than 26 percent over the next five years based on a large portion of the population being set to retire and with the working age population only increasing by 7 percent, according to the Colorado State Demography Office.

The combined Fort Collins-Loveland population is expected to surpass 360,000 people by 2020, which is currently at 333,600 people, according to the Colorado State Demography office.

As of December 2016 the unemployment rate in Larimer County was 2.3 percent.

“Students who are proactive, identify their interests and skills, reflect on their most important values and know the job market will be well positioned to find opportunities that fit their goals,” Richardson said.

Collegian reporter Sam Aniello can be reached at news@collegian.com or on Twitter @SBAniello.