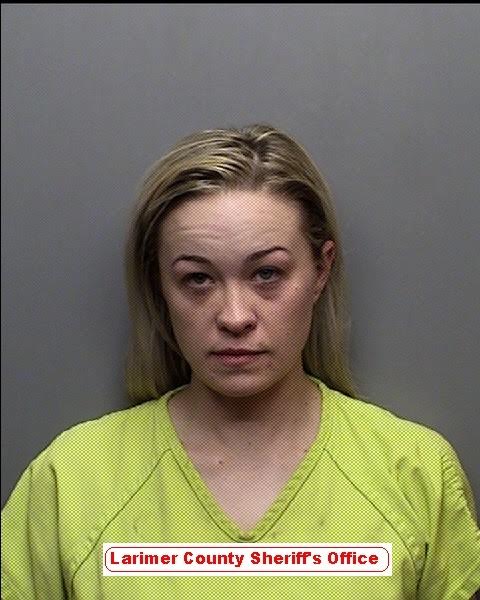 A women was arrested for stealing an Uber driver’s vehicle after getting in a fight.

Larimer County deputies responded to the incident at 2:40 a.m. on Saturday, Feb. 18 on the 700 block of Glenn Ridge Drive in Fort Collins. The Uber driver reported that when he arrived at the destination a female passenger began fighting with other passengers and refused to exit the vehicle, according to a Larimer County Sheriff’s Office press release.

When the driver got out of the vehicle to break up the fight the female passenger, identified as 25 year old Meagan Kathleen Osgood of Broomfield, locked the doors and began driving the vehicle through a yard. She then hit a retaining wall, a tree and landscaping. Osgood was reported to be intoxicated.

Police reported she eventually complied, but refused commands to move away from the vehicle. Police deployed PepperBall near Osgood in response and she was later taken into custody. Osgood was brought to a local hospital due to exposure to PepperBall as well as any injuries she may have sustained from crashing into the tree. After evaluation she was cleared by the hospital.