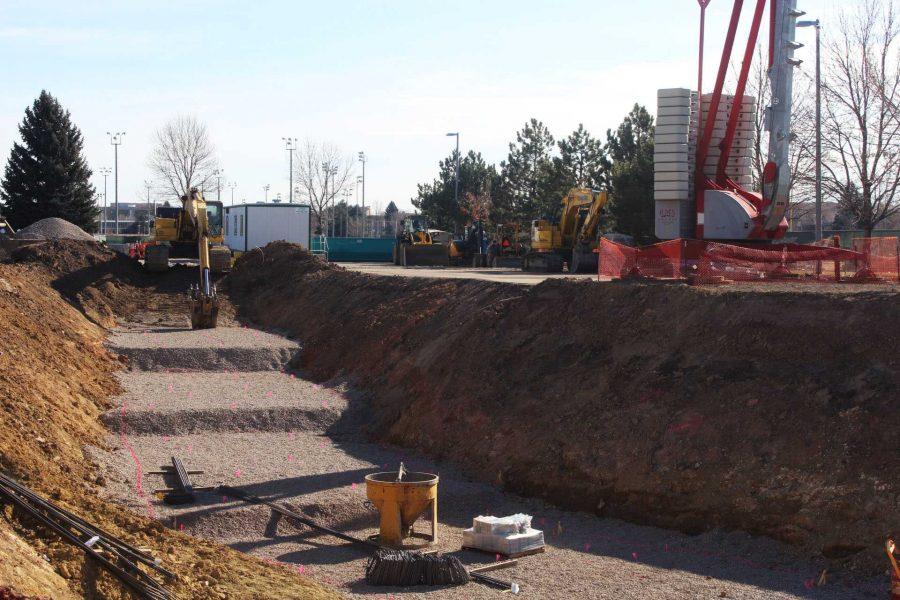 Construction for the underpass on West Elizabeth and Shields has been progressing since Winter Break. (Collegian File Photo)

There are numerous construction projects planned in Fort Collins in the Colorado State University area this spring.

One major project will be the closing of Prospect Road for one block on either side of College Avenue for renovations.

Prospect Road will close between College Avenue and Remington Street on Monday, Feb. 13 for the first construction phase for the underpass.

The intersection of Prospect Road and Remington Street will be closed from Feb. 13 to March 10.

From March 19 to April 16 the westbound block of Prospect Road between College Avenue and the railroad will be closed for construction while eastbound traffic will remain open.

The Prospect renovations are slated to finish up in July 2017.

There are four other construction projects planned for Spring 2017 and all four will directly impact the CSU campus.

Currently Lake Street is closed along the construction site for the new stadium but it will reopen on Saturday, Feb. 18.

Two blocks of Lake Street on campus will be closed for a second time in July for maintenance and other improvements. The exact dates have not yet been finalized.

Shields Street will close at West Elizabeth for three weeks from Feb. 25 to March 19 for construction of an underpass that will tunnel below Shields. There has been construction in the area for weeks but this is planned to be the first and only full closure of the intersection and surrounding areas.

There will also be a full closure of Pitkin Street on campus for repaving. The closure dates have not been announced yet but the renovation is expected to begin in mid-March.