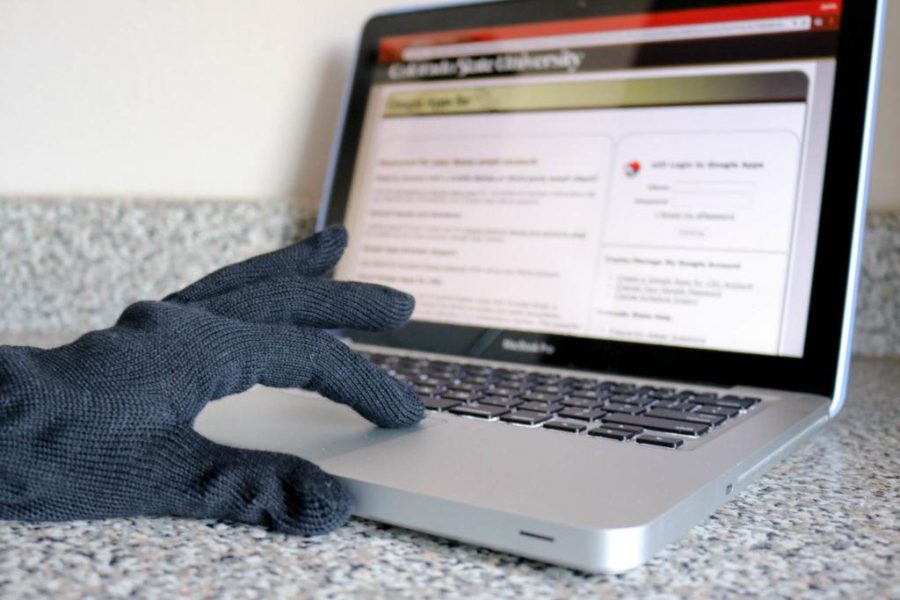 Some CSU students have received emails to their student accounts from fake emails that appear to be from other CSU students.

Kelsey Silver, a member of the ASCSU Department of Environmental affairs and senior human dimensions of natural resources major, received the email twice during her time at CSU. Silver said the email appears to come from a friend of the student and asks for photos of the receiver for a school project.

“I got it twice in the past two years, and … I knew that it was fake (the second time) because it was the exact same email (as the first one),” said Silver, who received the first email as a sophomore. “The email was supposedly from one of my friends (and was sent from) a different email than her Rams account, but (the email) was (sent) to my Rams account.”

Silver corresponded with the sender until she realized the email was fake. According to the email correspondence, the sender requested, “either … 10 pictures that make it look like you are melting and one pic of just your clothes in a pile on the floor or a 30 second video where you pretend to melt and then have it end with just your clothes left on the floor,” for a video project. Silver did not send any photos.

Silver received a similar email from another CSU student requesting the same type of photos nearly a week ago. She reported the most recent incident to the Fort Collins Police Department because she knew this email was definitely fake since it was similar to the first. According to Silver, FCPD told her to change the password to her student account.

“I got the exact same email a few days ago from (another) friend,” Silver said. “It was her first name last name 101 at hotmail.com. She was asking about the same thing, the same pictures, and I knew immediately that this was the same kind of email.”

Email correspondence between Silver and the sender showed the email as the student’s first and last name 001 at yahoo.com. Silver said she immediately contacted her friend via text message to confirm or deny if she sent the email, her friend did not send the message.

“(My friend) said, ‘No, all my friends have been telling me that they keep getting an email from me, but it’s not me,’” Silver said. “It sent to all of her Ram email friends, but from a different email that’s not hers, but (the email was) under her name.”

Silver does not know why the sender of the email is targeting students or what the sender intends to do with the photos. Although, she tried to research the activity online.

“My friend that I got the email from supposedly said, ‘I realize it’s a hacking … I sent the same thing to my other friend who sent me that email’ and she said right after she sent the email (with the photos), she didn’t (get) anything back,” Silver said. “This friend (who supposedly sent the email) didn’t know what she was talking about at all.”

Silver said students who receive an email similar to her’s should be cautious about sending photos or meeting the sender in person.

In a statement to the Collegian, Dell Rae Ciaravola, CSU risk and public safety communications manager, and CSUPD Chief Harris, said this is one example of a phishing email. Ciaravola said phishing is a common issue across the nation and is not limited to CSU or CSU students, and that anyone who receives an email asking for personal information or photos from someone they do not know should be cautious and not share personal information.