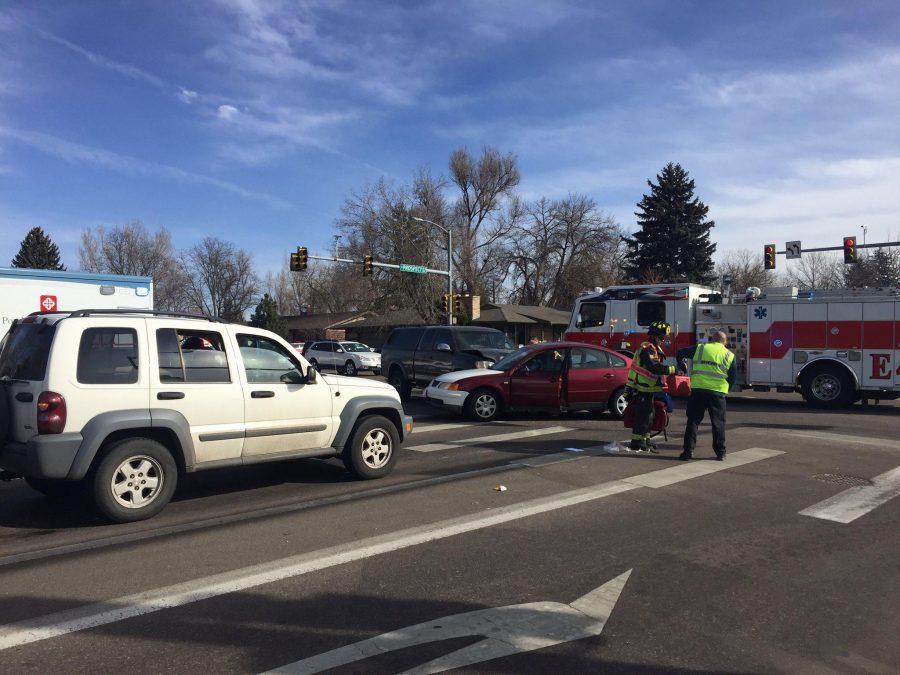 A crash involving a vehicle traveling west on Prospect and a truck traveling south on Shields closed the intersection for about an hour today. (Photo courtesy of Fort Collins Police Services)

A crash closed down the intersection of Shields and Prospect the morning of Feb. 13.

According the Kate Kimble, public relations manager for Fort Collins Police, the accident occurred when Brain Dowell, 26, was headed west on Prospect and ran a red light. He collided with gray truck that hit the passenger side of his car.

Dowell’s passenger was taken to Poudre Valley Hospital with serious, but not life threatening injuries and was discharged today, Kimble said.

Powell himself refused medical treatment at the scene, and received a citation for running the red light. He was also arrested for drug possession with intent to distribute, Kimble said.

The accident caused the South bound Shields route and the East bound Prospect routes to close for about an hour.

The Fort Collins Police tweeted out about the accident urging citizens to find an alternative route.